There’s always a slew of Christmas movies to watch around the holiday season, but there are a few you may have missed, but shouldn’t.

Around this time of year, there are few things nicer than settling down to watch something with a bit of festive cheer. Too often though, you find yourself reaching for the same films every year. Home Alone, Elf, Love Actually. Whilst they’re fantastic festive feel-goods, watching the same films year in and year out can get tiresome. If you’re looking for something new, check out our list of festive films/TV that you may not have heard about: Noelle, starring Anna Kendrick as Noelle and Bill Hader as Nick, follows the daughter of Father Christmas, Kris Kringle, during the build-up to Christmas. After her father passes away, it is down to Noelle’s brother Nick to take over as Santa. Nick struggles to complete his Santa training and wants to get away from the North Pole, whilst Noelle wants nothing more than to be more involved. After Noelle suggests Nick takes a weekend away to help with his Christmas spirit, Nick doesn’t come home and it’s left to Noelle to find him and save Christmas. Noelle is a feel-good film about love, friendship and family, and has a nice message about doing what you want to do with your life and believing in yourself.

Noelle is available to stream on Disney+.

Single All the Way (Film)

Single All the Way is new to Netflix this year (2021). Nick is persuaded by his best friend Peter to pretend to be his boyfriend during the holiday season when he goes to visit his family. The pair’s plan gets disrupted when Peter is set up with trainer James. Single All the Way has that classic Christmas romance feel to it, it’s festive, joyful, cheesy (but in a heartwarming way), and everything you’d probably expect from a romance set around Christmas. If cheesy rom-coms are your guilty pleasure, this might be the one for you!

Single All the Way is available to stream on Netflix. Hawkeye is the newest of the Marvel Disney+ shows. Set around Christmas in New York, Clint Barton gets wrapped up in some trouble after fellow archer Kate Bishop finds Clint’s old Ronin suit. In an attempt to help keep Kate safe from people who believe she is Ronin, Clint’s alter ego who spent the blip getting revenge on criminals who weren’t snapped, Clint stays behind in New York as his family travels home for the holidays.

Whilst Hawkeye has a lot of the classic Marvel action, the series has a major focus on family as Clint tries to get home in time for Christmas, and focuses on Clint and Echo’s disabilities and how they are able to deal with them. The show creates some surprisingly heartwarming moments and beautiful, festive visuals.

Hawkeye is available to stream on Disney+.

Everybody is familiar with the classic story of The Grinch. This animated re-telling of the story hits a lot of the same notes as the previous films, but with stunning new animation and plenty of laughs for all ages. For those unfamiliar with the story, The Grinch finds himself growing more and more annoyed by everybody’s festive cheer and attempts to steal Christmas and ruin everybody’s Christmas spirit. Benedict Cumberbatch stars at The Grinch in this funny and uplifting re-telling of a classic tale, perfect for fans of prior The Grinch films but who want a new take on it.

The Grinch is available to rent on Amazon Prime Video.

Not a fan of cheesy Christmas movies? The Great British Baking Show: Holidays might be for you. A spin-off of the hugely popular The Great British Bake-Off, this series puts a festive spin on the much-loved baking competition. 2021’s competition will see previous Bake-Off contestants return to the competition to make a number of Christmas inspired bakes. Filled with humour, tension and festive cheer, this is the perfect option for those not interested in classic Christmas films/TV, or those looking for some baking tips for the big day.

The Great British Baking Show: Holidays is available to stream on Netflix. Jesper is sent to an island called Smeersenburg by his father after deliberately underperforming during his training to become a postperson. His father tells him he has to post 6,000 letters within a year or else he’ll be cut off from his family’s fortune.

Most of the people living on Smeersenburg are from two rival families who are at war, creating problems for Jesper in his endeavour to post letters. Jesper meets a toymaker called Klaus, and after delivering a toy to a local child, the pair find themselves quickly spreading Christmas joy across the island.

This beautifully animated film is all about the true meaning of Christmas and how rewarding it can be to help others. This academy award-winning movie is the perfect heartfelt Christmas watch.

Klaus is available to stream on Netflix.

Based on the young adult novel Dash and Lily’s Book of Dares, Dash and Lily follows 16-year-old Lily who leaves a notebook with a number of dares hidden inside her favourite bookshop. When Dash finds the book, the two communicate through letters they write in the notebook.

Lily, a holiday-loving optimist tries to show Dash, who hates the holidays and often isolates himself from people, a more positive spin on life. The pair grow in confidence as they continue to write to each other and their connection grows. The show tackles themes such as difficult family relationships and standing up for yourself, whilst still keeping things merry and bright.

Dash and Lily is available to stream on Netflix.

Which holiday shows/movies will you be watching this year? 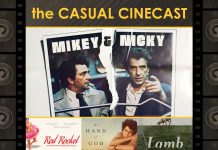 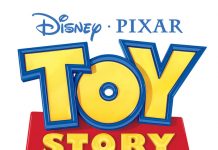 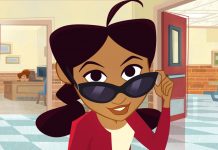