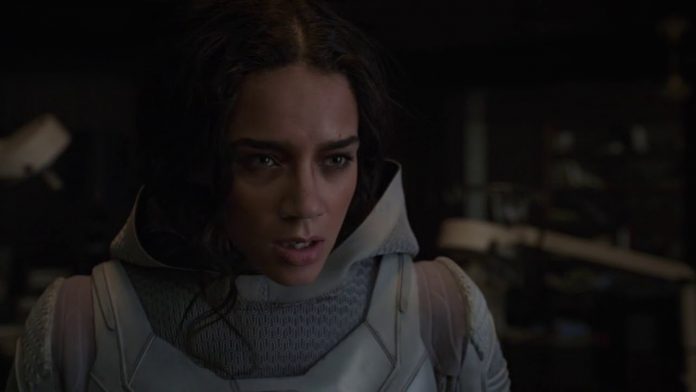 Today we learned that Milleniumn’s Red Sonja has finally found its “She-devil with a Sword“. The Hollywood Reporter revealed earlier today, that the new badass lady with a sword will be none other than Hannah John-Kamen, who was last seen on the big screen in Marvel’s Ant-Man and Wasp as the villain, Ghost.

Partially based on Robert E. Howard’s 1934 character, Red Sonya, she was adapted for Marvel comics by Roy Thomas and Barry Smith making her first appearance in Conan the Barbarian #23 in 1973. Red Sonja has starred in numerous titles of her own as well as being an on again off again adventure companion of Conan.

Joey Soloway (Transparent, United States of Tara, six feet under) will be directing the film and co-wrote the script with Tasha Huo. Ms. Huo is the current writer and showrunner for the upcoming Netflix animated series, Tomb Raider.  This will not be the first time Red Sonja has graced the big screen, the character was portrayed by, Brigitte Nielsen in the 1985 film of the same name.

“Hannah is a very talented actress who we’ve been following for years and she IS Red Sonja. Her range, sensibilities and strength are all qualities we have been looking for and we couldn’t be more excited to embark on this journey together,”

Hannah John-Kamen has garnered international critical acclaim for her work across television, film, and stage, working with some of the most prolific and respected names in the industry. She recently wrapped production on Resident Evil: Welcome to Racoon City and has starred in the Netflix Original series The Stranger, Steven Spielberg’s Ready Player One, Game of Thrones, Killjoys, and Brave New World.

Jeffrey Greenstein, President of Millennium Media had the following to say about the film, “Hannah’s talent and take for Red Sonja, combined with Joey’s vision for the film is the perfect pairing to bring this reboot to life.”