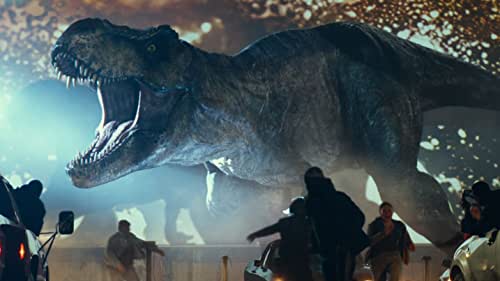 Jurassic World: Dominion is the final film in the sequel trilogy of Jurassic Park films. It represents a growing trend of popular franchises tacking on additional sets of films. But does this approach really work?

Upon the conclusion of the original Star Wars trilogy in 1983 with Return of the Jedi, George Lucas didn’t consider making any more Star Wars films. Unlike today, there was no value in sequential sequels/prequels. Box office proceeds declined with each additional sequel, and concurrently studios would provide less money for budgets. Even Star Wars had seemingly met the limit to what 1980’s franchise movie making could support as an original property.

Lucas had created a plan for prequel films, he just didn’t think there would be enough demand to make the effort worthwhile. As a result he moved on to other projects. In the 90’s Star Wars saw a resurgence, and technology had improved to the point where realistic CGI in films was possible. This piqued Lucas’ interest because it seemed like he had both the means by which to create new films and the audience that would be willing to pay to see them.

In other words, he saw dollar signs. He began working on a prequel trilogy in 1994. The first film released into theaters in 1999, and two more followed. All of them were box office hits, and among the highest-grossing films in each year they were released. Unfortunately the critical and audience opinion of these films were not as glowing as those had been for the original trilogy. Things have improved over time, but still the Star Wars prequel trilogy is not as well regarded as the original set of films.

Look at other film franchises which have attempted a similar return with sets of sequels or prequels and you will find similar results. Peter Jackson’s The Hobbit trilogy didn’t meet the lofty expectations of audiences after having experienced the original Lord of the Rings trilogy. The later Terminator films weren’t exactly a trilogy, but still failed to find the financial or critical success of the first three films. Audiences have met the Harry Potter prequel trilogy with indifference compared to their fascination with the original films. And so far the Jurassic World films have negatively impacted the legacy of the original Jurassic Park films.

Star Wars is ahead of the pack in terms of adding sets of sequels to an original trilogy. Upon the sale of the property to Disney, a new sequel trilogy went into production. This time the story wasn’t inspired by a backstory that George Lucas had been hanging onto for decades until the time was right for it to receive a film treatment. This time the motivation was purely money, and bringing Star Wars into the realm of 21st Century tentpole movie franchises – of which excessive sequels are very important.

Granted, there are exceptions to this behavior. The four most recent X-Men films, starting with X-Men: First Class served as a prequel to the original trilogy of films. The first two releases were very successful, and could be argued as being better than the original films. However, the later two did not fare as well with audiences or at the box office. Similarly, Matt Reeve’s Planet of the Apes trilogy did manage to blow away our expectations, but it works more as a reboot than a prequel. I look at it as a fresh start for the franchise, more than a continuation of what it had accomplished before.

In all the cases with poorly-received films, you could argue that a studio is pushing a franchise too far. At some point, the integrity of the original set of films becomes compromised as studios look for new ways to bring a classic film to another generation of fans. In my mind that is the difference here. Studios aren’t giving up on the original trilogy. They aren’t reimagining it for a modern era. They are stubbornly holding onto the past while being relevant in the future. In today’s modern society, that doesn’t exactly work.

Nostalgia is a big part of our modern entertainment. It’s something all of us are intrigued by. We have a connection to a film, a positive feeling that is unique to each of us. When we see a studio make a delayed sequel, or a reboot, we can’t help but want to experience that positive feeling all over again. We hope that it will be like rediscovering the magic of the original, but unfortunately this very rarely happens.

Reboots at least give filmmakers the excuse of starting fresh. With a reboot they can change as much or as little about the original film as is needed to pull off their unique vision. They may carry forward a familiar title or plot, or bring back a popular actor in a new role as homage to the original. But ultimately it’s a remix of something that was once popular. Audiences expect as much when they go to the theater to watch it. Certainly there will be comparisons to the original, but no one is honestly expecting it to be an improvement.

Prequel/sequel trilogies seem to fall somewhere between being a pure nostalgia exercise and reboot. These trilogies are motivated by nostalgia, but they aren’t quite full reboots since they tend to incorporate the story of previously-released films. However, they do tend to update the look and feel of a franchise for a new generation of viewers. There are often new characters and new challenges they must overcome. In other words, they are like an entirely different set of films but they happen to share story elements with something that had already been released.

So far, these types of trilogies have been relegated to only the largest tentpole movie franchises. The MCU is a notable exception, but the way this franchise has progressed with several converging and diverging storylines at the same time does not lend itself to a singular narrative “beginning and end”. The reason prequel/sequel trilogies have only existed in this narrow space is because they do require a lot of investment. Not just investment of capital, but an investment by filmmakers and audience of their precious time.

It’s one thing to create a delayed sequel/prequel to a franchise, but its is another to commit to an entire trilogy that adds to the original in some way. Studios have to make sure there is enough of an audience for it before they will commit resources, and similarly there has to be careful planning to pull it off. Adding sequels to a franchise aimlessly is a recipe for declining audience interest. Prequel/sequel trilogies tend to have an overarching story in order to keep audiences coming back for more.

This type of approach does take away some of the economic uncertainty associated with releasing a new film in a storied franchise that is essentially past its prime. As long as you can get enough people to show up to see the first film, there will be enough people to maintain the economic success of the new trilogy as it progresses, simply for the fact that they want to see it end. It’s like the ultimate version of those hyphenated two-part franchise ending films (Mission: Impossible – Dead Reckoning Part 1 / 2, The Hunger Games: Mockingjay Part 1 / 2, Harry Potter and the Deathly Hallows: Part 1 / 2B, etc.).

The only problem is that the sequel/prequel trilogies have so far negatively impacted the legacy of the original film(s). I suppose that is to be expected in those cases where we hold the original films(s) to such high regard. No matter what, a new addition to a storied franchise is going to upset someone. There may be a few exceptions here and there, but ultimately it is the cost fans have to pay to see their favorite movie franchise continue to exist.

I suppose the moral of the story is to be careful what you wish for. Studios who are looking to cash in on past successes only have a few options to consider, and all of those options have their potential drawbacks. As fans, we have to realize that the reason a film franchise was successful in the first place was because it was new and exciting at that time. No matter how much we may want it to continue, additional films will not completely have that advantage.

We have to realize that those limitations a studio faces when looking at the options to continue a franchise are the cost for said franchise continuing to live on. A franchise can only push away from familiar ground for so long. Eventually it stops having that connection to what made it popular in the first place. Likewise, franchises that hang around too long on familiar ground will just be treading water. There’s a happy middle ground in there, which is difficult enough to land on, and all but impossible to maintain.