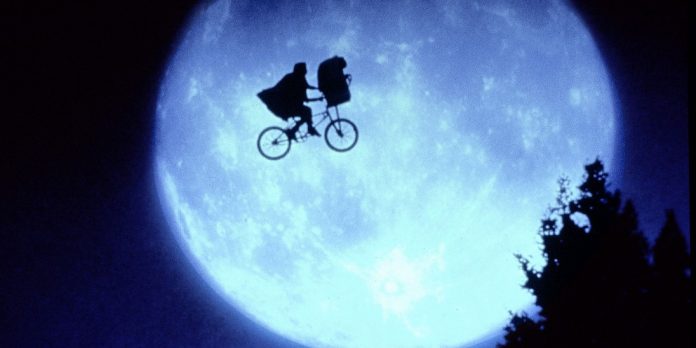 May, June, July, November, and December tend to be the months with the most and best movie releases of the year. But which particular months were the greatest ever? Join us as we count down the top ten.

June 2022 marked the 40th anniversary of what I would consider to be the greatest single month in movie-release history. You’ll have to scroll down to the bottom of this article to see exactly what I am talking about, but to mark the occasion I thought it would be a good idea to find out which calendar months had the greatest releases of all time. Below I have assembled a list of my top ten picks.

Understandably, most of these are from summer months or November/December. This makes a lot of sense when you consider the typical release schedule for films. Summer months tend to see releases of big-budget movies hoping to become blockbusters by taking advantage of families not being at school/work. Same with December and November when kids tend to have time off from school, but also those months see the release of Oscar-hopeful films trying to release as late as possible so they stay in voter’s minds when they vote early the following year.

To qualify for this list, a month qualifies as one calendar month (June 1 to June 30), not just any run of 30 or 31 consecutive days. Those months had to have at least four notable films released into theaters (wide or limited release). To rank the months I looked at the impact of those films. Months with Oscar-winning films may rank higher, and special consideration was given to those films which have had a significant pop culture impact and/or have become fan favorites.

Three front-runners for Best Picture at the Oscars, one film which gave Denzel Washington his sixth Oscar nomination, and a 3D-animated blockbuster. Oh yeah, and the conclusion to the pop-culture-dominating Twilight saga. This was a notable month in film, just lacking films with more widespread appeal.

Rocky and Network are among the most iconic films of the 1970’s. Rocky is considered the best sports movie ever made. Carrie started the career of the legendary Brian De Palma AND made writer Stephen King widely popular. Assault on Precinct 13 is a cult hit, but maybe not as appreciated as director John Carpenter’s later releases. Overall a solid month that is just lacking notable releases.

This month had arguably FIVE films that had a legitimate shot at winning Best Picture. It featured films from legendary directors Steven Spielberg, Guillermo del Toro, and Paul Thomas Anderson. It featured the most controversial Star Wars movie to date, and overall featured a lot of films full of fantastic acting performances.

This month featured at least three, if not four, films which would be front-runners for Best Picture. It featured the film that put Guy Ritchie on the map, and one of the last classic Disney animated films. Cast Away was a huge sensation at the time of its release, and remains a classic film embedded in pop culture. Miss Congeniality may not be as fondly remembered, but was nonetheless a hit as well. Overall, this month had a good variety.

This month featured three of the most important films of the 90’s. Aladdin signaled the return of Disney’s animation magic for the 1990’s, Malcolm X was a heralded biography from Spike Lee, and The Bodyguard became one of the biggest pop culture (and musical crossover) films of the decade. Bram Stoker’s Dracula was an odd, but entertaining turn by Francis Ford Cappola, and The Crying Game was a critically acclaimed drama. Sure, Home Alone 2 wasn’t the greatest film, but it was popular and remains a classic Christmas movie.

The Deer Hunter is considered to be one of the best films of the 1970’s, and Superman is one of the decade’s most iconic blockbusters. Invasion of the Body Snatchers is a classic film that was ahead of its time by blending science fiction and horror. Every Which Way But Loose and Force 10 From Navarone may not be as iconic, but are still notable releases which were popular with audiences.

Every Which Way But Loose (Dec 20)

Invasion of the Body Snatchers (Dec 22)

Looking back, 2014 was an incredible year for dramas. So spectacular, in fact, that there was so much Oscar-hopeful material that a lot of it spilled over to October (rather than the usual Nov-Dec split). This month happened to be the best, and featured the release of the Best Picture-winning Birdman, one other best-picture nominee (Whiplash), and two films that probably should have been nominated (Nightcrawler, Fury). Gone Girl was a strong release from David Fincher, even if it is not as well revered as his other work. But there’s also the release of John Wick, which started off an obsession of hard-hitting, simplified but stunt-heavy action films. Finally the film had two well-received family animated films in The Book of Life and Big Hero 6. The only thing this month was missing was a well-received big-ticket blockbuster!

Where to start with this one? So so many iconic films, just maybe not at the level of the months that ranked higher on this list. Let’s start with Soderberg’s Ocean’s Eleven, which was both a huge hit and who’s-who among early 00’s movie stars. Then you have the film that put Wes Anderson on the map, and a compelling Tom Cruise-led drama by Cameron Crowe. Next, the beginning of one of the most important movie events of the decade; Peter Jackson’s Lord of the Rings Trilogy. Next a slew of Oscar nominated-and-winning films that mostly still hold up today, and finally Ridley Scott’s gripping action film that essentially kicked off the Post 9/11 cinema subgenre. Whew.

Three of the most popular, and iconic 80’s films released this month: Gremlins, Ghostbusters, and The Karate Kid. While the other two notable releases of this month are memorable, they don’t really matter in my mind. With three films that would go on to become cult hits released in the same month (two on the same day!), June 1984 was a hallmark month for the industry.

Once Upon a Time in America (June 1)

Let’s set the stage for how crazy a month this was. First you have Poltergeist, a horror film produced by Spielberg and directed by horror specialist Tobe Hooper. It was well received and has become a classic of the genre. Star Trek II: The Wrath of Khan was not only the film that saved Star Trek, but remains the best release of one of the longest-running franchises in the industry. E.T. The Extra Terrestrial not only established Spielberg as a blockbuster maestro with very positive critical appraisal and the highest box office gross of the year, but set the tone for the more spectacle-focused approach Hollywood would use for the 1980’s. Blade Runner was a flop upon release, but has since become a cult classic and is believed by many to be the best science fiction film ever made. Lastly, we have The Thing, which is not only among the best remakes ever made, but has also become a cult hit and very highly regarded amongst fans in both the science fiction and horror genres. 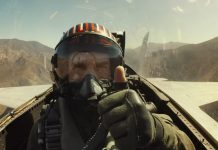