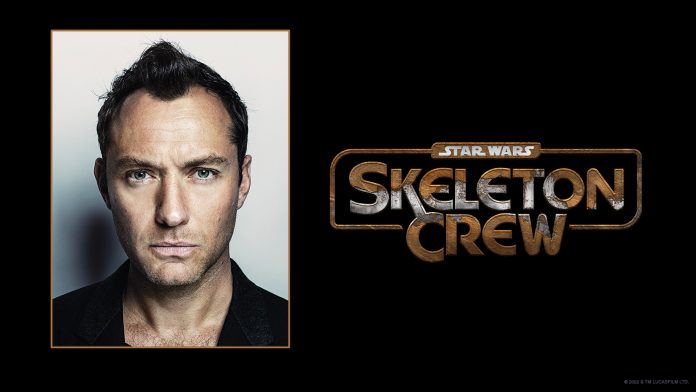 During the opening panel at Star Wars Celebration, Lucasfilm offered some actual details on the “Grammar Rodeo” series from Jon Watts, which stars Jude Law.

Though rumors about its existence have been swirling for a while now (even from us), and Vanity Fair confirmed it, today brings actual details on “Grammar Rodeo” the upcoming live-action series from Jon Watts (Spider-Man Home trilogy). Namely, we have an actual title: Skeleton Crew.

The series is in pre-production now and set to begin filming soon. It focuses on four kids from a tiny world who get lost in the galaxy. It’s set to take place around the same time period as The Mandalorian, and will also star Jude Law!

Even better, the series will debut at some point next year. So plenty more to look forward to on the horizon.