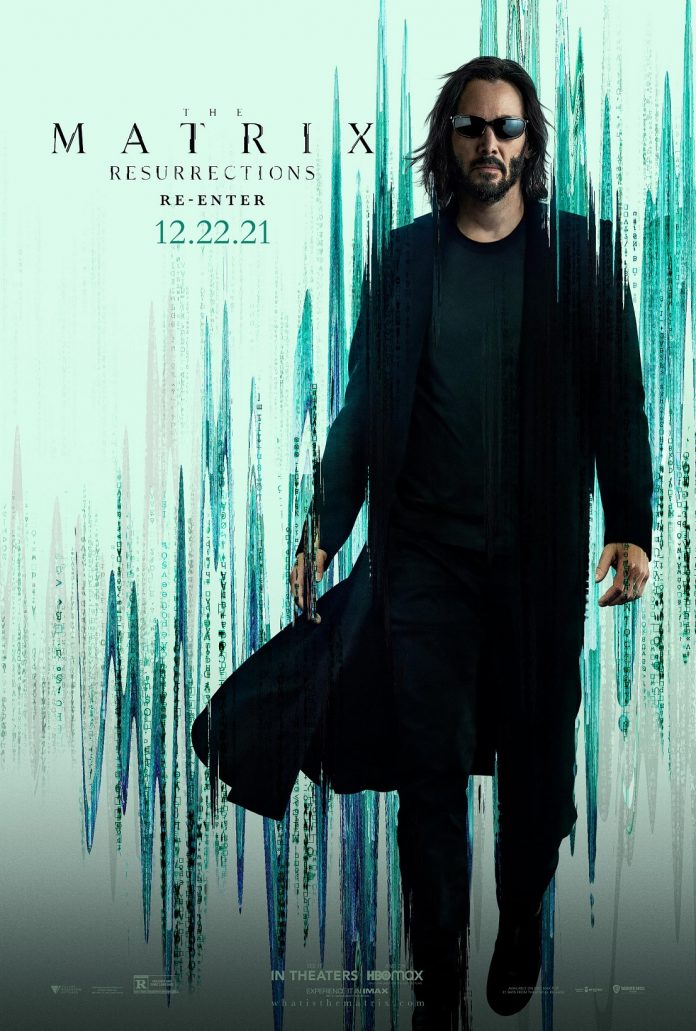 To mark exactly one month before the film’s release, eight new character posters for The Matrix Resurrections have dropped!

I know I don’t always post about character posters, but when it comes to The Matrix, I can’t help but talk about every little thing that comes out about it. This morning, marking exactly one month until its release, Warner Bros blessed us with some posters:

It’s a solid blend of old and new, where we also get names for Jessica Henwick’s character (Bugs) and Eréndira Ibarra’s character (Lexy). While we still don’t officially know who Priyanka Chopra is playing in the film (I’m still betting on her being a grown Sati), it’s nice to get a full look at her character with this poster.

While they’re pretty typical promo images, I’m loving the style of them. I really enjoy seeing them branch out with different color schemes beyond the green, yet they still very much capture that Matrix vibe. Either way, consider me hype!

The Matrix Resurrections hits theaters and HBO Max on December 22, 2021.