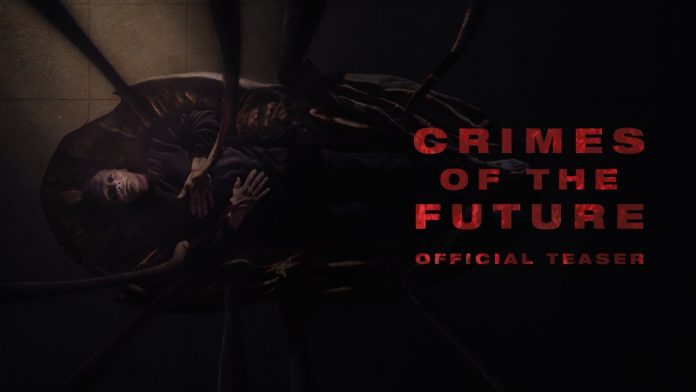 The official trailer for David Cronenberg’s new movie Crimes of the Future is here, and it is a sight to behold.

Along with the recently released lineup for the upcoming Cannes Film Festival comes the first teaser for David Cronenberg’s upcoming film Crimes of the Future, which will be screening in competition at the festival. The film features an all star cast, including Viggo Mortensen, Léa Seydoux, and Kristen Stewart and features a story that is definitely not for the faint of heart, though that’s not surprising given this is the same director who gave us The Fly (1986).

Watch the teaser below, but be warned, it is quite unsettling:

As the human species adapts to a synthetic environment, the body undergoes new transformations and mutations. With his partner Caprice (Léa Seydoux), Saul Tenser (Viggo Mortensen), celebrity performance artist, publicly showcases the metamorphosis of his organs in avant-garde performances. Timlin (Kristen Stewart), an investigator from the National Organ Registry, obsessively tracks their movements, which is when a mysterious group is revealed… Their mission – to use Saul’s notoriety to shed light on the next phase of human evolution.

Crimes of the Future will officially arrive in theaters this June after screening at the Cannes Film Festival next month. What do you think of the film’s first teaser?