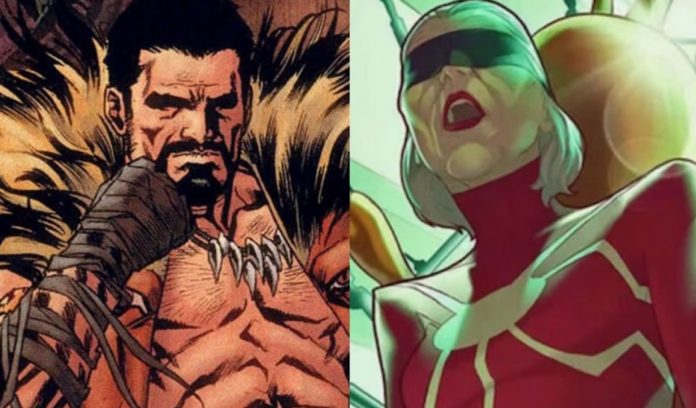 Sony has announced a handful of new release dates for their upcoming schedule, pushing back their new Spider-Man spin offs, while revealing a new Karate Kid movie!

It’s time for more release date shuffling! This afternoon, Sony Pictures has made some changes to their upcoming release slate, specifically on the Marvel side of their projects.

First up, Kraven The Hunter, which was slated to hit in just a few months (January 2023), has been pushed all the way back to October 6, 2023. While it’s a big delay of ten months, this could be a good thing. It shows a bit more confidence in the project, and the Fall slot has worked very well for the Venom films.

We’ll also have to wait a little bit longer for Madame Web. That film was set to hit in that October spot now occupied by Kraven, so it will move back four months and release in theaters on February 16, 2024.

Lastly, and perhaps most surprising of all, among the titles listed on their new release slate includes The Karate Kid for June 7, 2024. This would be a NEW Karate Kid movie and the first time we’ve heard of one in the works and only descirbed “as the return of the original ‘Karate Kid’ franchise.” Whether that entails a reboot of sorts, or continuation of Cobra Kai in some way remains to be seen. Hopefully we’ll learn more about this new Karate Kid project sooner rather than later.

Get those calendars adjusted!