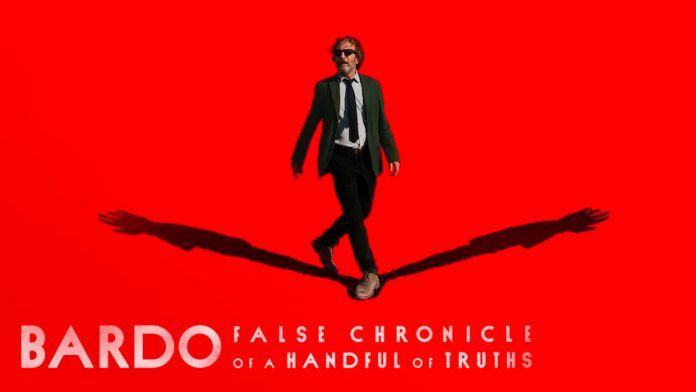 Milan Records has announced the release of Bardo (Soundtrack from the Netflix Film), an album of music from five-time Academy Award®-winner Alejandro G. Iñárritu’s latest film.

Available Friday, December 9, the album features an original score co-composed by Bryce Dessner and Iñárritu to accompany the profoundly moving journey of a Mexican journalist and filmmaker returning to his native country. The project is the latest collaboration between Dessner and Iñárritu, the duo having previously worked together on The Revenant soundtrack in 2015.

BARDO is an epic, visually stunning and immersive experience set against the intimate and moving journey of Silverio, a renowned Mexican journalist and documentary filmmaker living in Los Angeles, who, after being named the recipient of a prestigious international award, is compelled to return to his native country, unaware that this simple trip will push him to an existential limit. The folly of his memories and fears have decided to pierce through the present, filling his everyday life with a sense of bewilderment and wonder.

“Early in the process of Bardo and before shooting began, Alejandro and I began talking about what the music for the film could sound like. What might the melody of the film be? What sounds would we hear in the world of Bardo?  We started exchanging ideas, including field recordings and melodies Alejandro would whistle to himself, first on scouting locations and later on set as he began to shoot the film. These fragments of melodic ideas along with the sketches I had begun making would start to take seed and grow into the vast musical landscape that envelopes the film. Eventually we met in Los Angeles to work directly as we finished the details of each composition.”

Oscillating between bombastic, horn-soaked numbers and buoyant, orchestral string arrangements, the soundtrack draws upon Mexico’s rich musical tradition, incorporating everything from ancestral sounds to the rhythms of salsa and cumbia and the brass melodies of Oaxacan banda music. The expansiveness of Bardo’s musical landscape is further evidenced by the several needledrops featured in the film, which range from David Bowie’s iconic “Let’s Dance” to contributions from salsa pioneers Héctor Lavoe and Willie Colón, Mexican pop icon José José, “The King of Cumbia” Andrés Landero, conga drummer Joe Cuba and more.

“The music moves between very simple brass pieces, to very layered complex orchestral and electronic pieces and everywhere in between,” Dessner continues. “We recorded the score in Mexico at the beautiful Sony Music Studios in Mexico City and Topetitud Studio in Coyocan. The process of recording the music for Bardo and working with amazing Mexican musicians, including Brass bands from Oaxaca and musicians from the National Symphony, in the studio was an incredible joy for me and something I will remember for the rest of my life.”

BARDO (SOUNDTRACK FROM THE NETFLIX FILM)

Will you be checking out the soundtrack to Bardo when it releases next week?