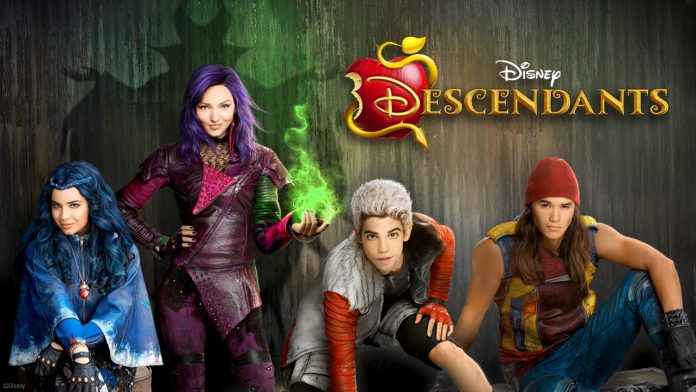 It seems Disney isn’t done with the Descendants universe just yet, as it’s been announced that a spin-off movie titled The Pocketwatch is in the works for Disney+.

Disney+ announced today that a Descendants spin-off movie, tentatively titled The Pocketwatch, is in development. The film, which will be a musical, will feature seven all new songs as part of the story.

While the Descendants movies introduced audiences to Auradon and the Isle of the Lost, The Pocketwatch will introduce Wonderland to the story. The new story will introduce “Red,” the whip-smart and rebellious teenage daughter of the Queen of Hearts (“Alice in Wonderland”) and “Chloe,” the perfectionist and athletic daughter of Cinderella and Prince Charming (“Cinderella”). In order to prevent an impending coup in Auradon – one that looms during the celebration of a new royal baby –, Red must join forces with Chloe to travel in back in time, via the White Rabbit’s pocket watch, to stop an event that would lead to grave consequences

Jennifer Phang (“Advantageous,” “Half-Life,” “Foundation,” “The Flight Attendant”) is set to direct and is co-executive producer of the movie which is scheduled to begin production in the fall from a script written by Dan Frey and Russell Sommer (“Magic: The Gathering”).  Returning to the franchise is production designer Mark Hofeling (“Descendants,” “Zombies,” “High School Musical”). Gary Marsh is an executive producer and the casting directors are Alexis Frank Koczara and Christine Smith Shevchenko

There is currently no release date for The Pocketwatch.