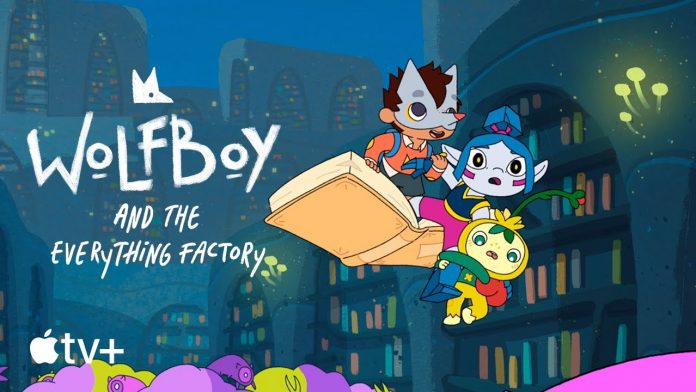 Apple TV+ has released the official trailer for season 2 of Wolfboy and the Everything Factory.

Earlier today Apple TV+ released the trailer for season 2 of Wolfboy and the Everything Factory, which is scheduled to premiere on September 30, 2022. Wolfboy and the Everything Factory is inspired by the work of visual artist Toff Mazery, co-created with Emmy Award winner Edward Jesse (HITRECORD’s “Create Together”), developed by Emmy winner Michael Ryan (“All Hail King Julien,” “Kung Fu Panda”), and executive produced by Emmy Award winner Joseph Gordon-Levitt (“Mr. Corman”), HITRECORD and FOX Entertainment’s Bento Box Entertainment.

You can check out the trailer below:

The second season of the animated epic “Wolfboy and the Everything Factory” takes Wolfboy, voiced by Kassian Akhtar, to a new realm underneath the Everything Factory where Nyx attempts to lure him to the dark side. With his Spryte friends and new allies, Wolfboy engages in a quest to unite the forces of creation and destruction, and realizes that being different is what makes him special – and ultimately, it’s the oddballs and dreamers who change the world.

Season 2 of Wolfboy and the Everything Factory comes to Apple TV+ on September 30, 2022.