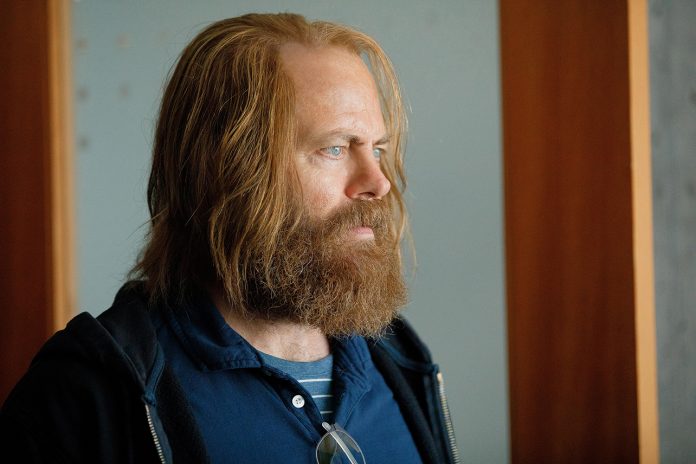 Variety broke the news today that Nick Offerman (Parks and Recreation, 21 Jump Steet, We Are the Millers) is joining the cast of HBO’s The Last of Us.

Offerman will play Bill, a skilled mechanic and handy man good at building something from nothing. Offerman’s character Bill will take life alongside his partner Frank, who will be played by Murray Bartlett. The two survivalists are the lone residents of Lincoln.

Bill was previously cast to be played by Con O’Neill and Variety reports that O’Neill had a scheduling conflict so the role was recast.

The Last of Us cast also includes Pedro Pascal (Game of Thrones, The Mandalorian) as Joel and Bella Ramsay (Game of Thrones) as Ellie. Joel’s brother Tommy will be played by Gabriel Luna, Nico Parker as Joel’s daughter Sarah and Merle Dandridge will reprise her role as Fireflies leader Marlene.

The show is being written and produced by Chernobyl creator Craig Mazin alongside Neil Druckmann, the writer and creative director of The Last of Us at Naughty Dog. Carolyn Strauss, Rose Lam, Naughty Dog president Evan Wells and PlayStation Productions’ Asad Qizilbash and Carter Swan are also working as executive producers on the show.

The Last of Us is being co-produced by Sony Pictures Television. PlayStation Productions, Word Games, and Naughty Dog.

There is no word on a release date for the series.