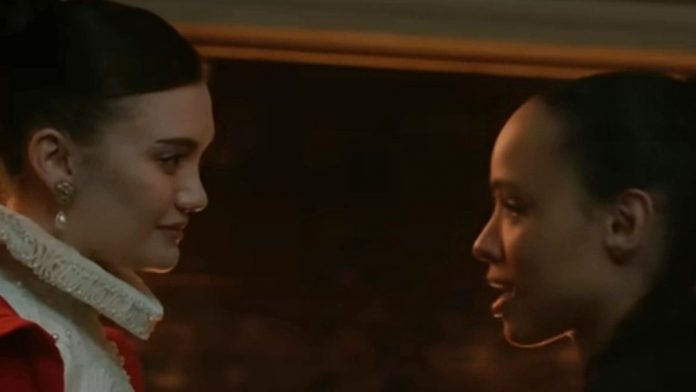 Peacock has revealed the official trailer and new story-art for the upcoming Vampire Academy series.

With the premiere just under a month away, Peacock has revealed the official trailer and story art for the upcoming Vampire Academy series, based on the best-selling book series of the same name.

As the trailer reveals, Vampire Academy is set in a world where a royal vampire society rules from the shadows. Vampire royals attend St. Vladimir’s Academy to prepare to take their place in this world, while half-vampires train to become guardians that will protect them.

Check it out yourself in the video below:

From executive producers Julie Plec & Marguerite MacIntyre comes a story of friendship, romance and danger. In a world of privilege and glamour, two young women’s friendship transcends their strikingly different classes as they prepare to complete their education and enter vampire society. One as a powerful Royal, the other a half-vampire Guardian trained to protect against the savage ‘Strigoi’ who threaten to tear their society apart. That is, if Royal infighting doesn’t do the job first.

An official poster for the TV series was also revealed: