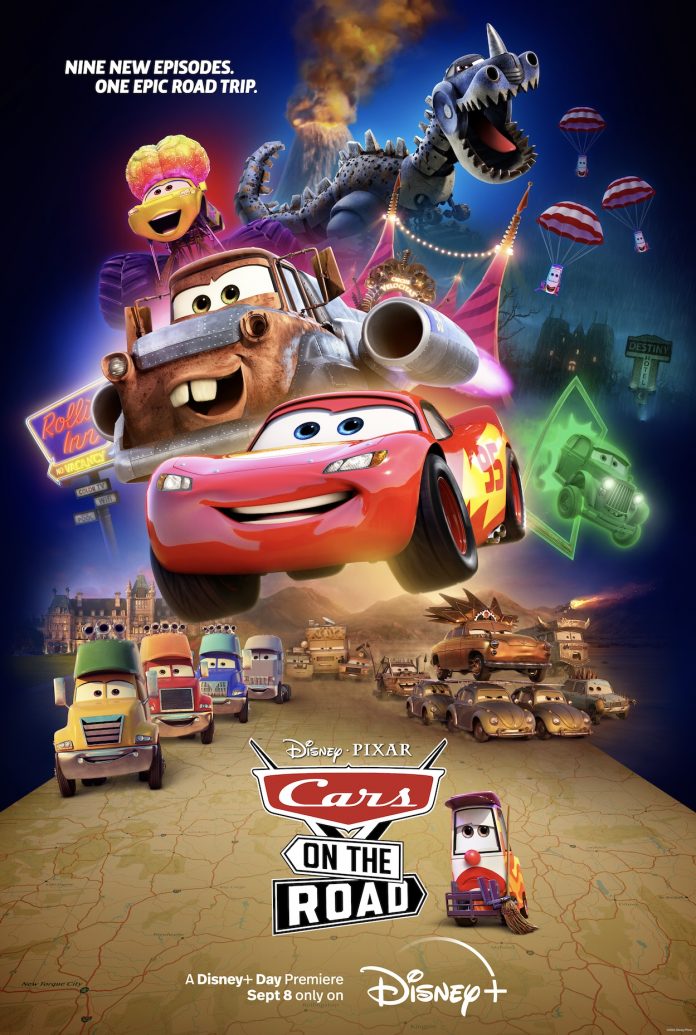 This morning, Disney/Pixar have revealed the trailer, and release date, for the new series based in the world of Cars: Cars on the Road!

Cars on the Road was announced way back during Disney Investor Day 2020, so if you completely forgot about this series (like me), don’t feel too bad. Thankfully, Disney Pixar are here to remind you of it’s existence with the first trailer AND a September release date:

#LightningMcQueen and #Mater are back!

Watch the trailer for Disney and Pixar's Cars on the Road and start streaming the Original series, a #DisneyPlusDay premiere, September 8 on @DisneyPlus. pic.twitter.com/s5JhHOBcEB

The Disney+ Original series follows Lightning McQueen (voice of Owen Wilson) and his best friend Mater (voice of Larry the Cable Guy) as they head east from Radiator Springs on a cross-country road trip to meet up with Mater’s sister. “The series is a romp across the country with Lightning McQueen and Mater,” says director Steve Purcell. “Like any real road trip, every day is a new mini-adventure with unexpected twists and turns.”

Cars on the Road will debut on September 8, 2022 as part of the Disney+ Day celebrations.