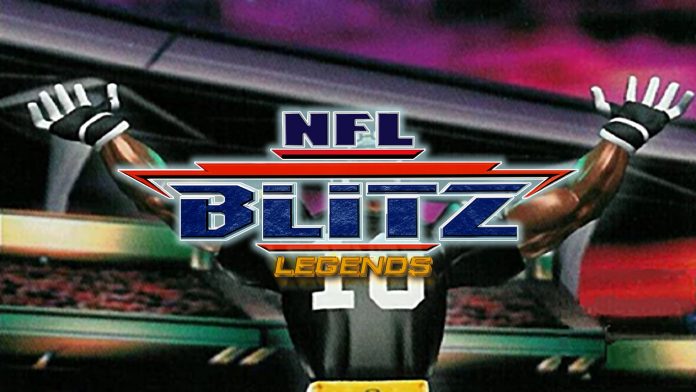 The cabinet is set to release around October, but let’s get this hype train moving by watching new newly released gameplay videos of this classic franchise!

The iconic NFL Blitz franchise is set to return after 25 years – and in the height of football season – with remastered versions of three of the legendary games that captured the attention of millions of fans – NFL Blitz, NFL Blitz ‘99, and NFL Blitz 2000: Gold Edition.

NFL Blitz Legends will feature hundreds of the game’s greatest players – Jerry Rice, Dan Marino, Cris Carter, Deion Sanders, and more – along with Wi-Fi multiplayer and leaderboards – a first for the franchise. NFL Blitz Legends is currently available for pre-order on Arcade1Up.com, BestBuy.com, and Walmart.com and will be available at retail stores in October.