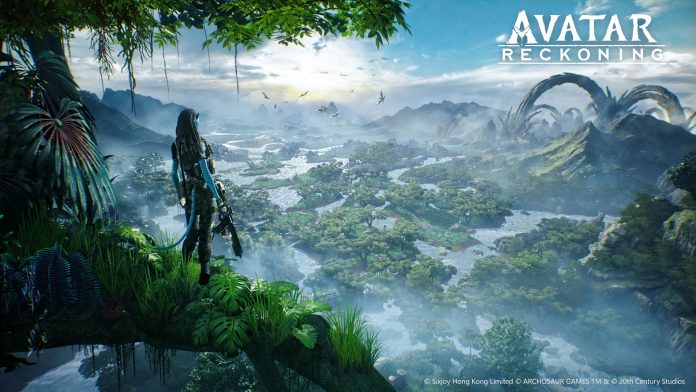 As fans prepare to head back to Pandora later this year, they’ll also have a new mobile game to play while they wait, Avatar: Reckoning.

2022 is shaping up to be the year of Avatar. With the second film finally releasing, along with Ubisoft’s upcoming Frontiers of Pandora console game, fans will also be able to enjoy some action on their mobile devices.

Archosaur Games, along with Tencent, Lightstorm Entertainment, and Disney have revealed Avatar: Reckoning. The mobile titles is an MMO shooter slated to hit iOS and Android devices later this year.

Avatar: Reckoning will transport players to never-before-seen parts of Pandora where they will meet new Na’vi clans fighting to defend their home, battle powerful RDA troops seeking to exploit the resources of the moon, and encounter spectacular alien creatures – all playable solo or in dynamic multiplayer matches. Players will level up their Avatar character, equip powerful weapons, and battle through single player story missions, co-op and player-vs-player (PvP) game modes with innovative combat tailored for touchscreens. Built on Unreal Engine 4, Avatar: Reckoning will deliver cutting-edge visuals for mobile devices when it is released this year.

You can learn more, and sign up for their beta tests over on the newly launched Avatar: Reckoning website.