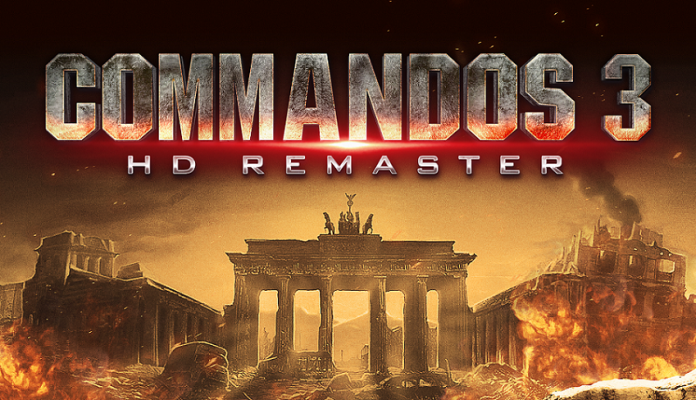 Kalypso Media and developer by Raylight Games announced that an HD Remaster of Commandos 3 will release later this year.

The remaster will release in September.

“Venture deep behind enemy lines as players lead a notorious special forces unit to help the Allies to victory once more. In this revamped HD Remaster of Commandos 3, players will take on iconic WWII campaigns and will experience history across major frontlines, all with reworked 3D models and textures, improved controls, and a refined user interface. Players are challenged to put their tactical know-how to the test as they battle through the deadly trenches of Stalingrad and try to survive the storming of Normandy on D-Day,” developers said in a press release.

Developers said the game will feature reworked 3D models and textures built from the ground up, improved controls, refined UI and beginner-friendly tutorials and hints.

There will be two multiplayer modes, Deathmatch and Collect the Flag, available for between 2 and 8 players. Both modes reportedly have their own distinct victory conditions.

There are six commandos that can be controlled in the real-time tactics game: Green Beret, Sapper, Sniper, Diver, Spy and Thief.

Commandos 3 will have 12 missions spread across 3 major frontlines in World War II including Stalingrad, Central Europe and Normandy.

The publisher also announced that a Commandos Double Pack will be available at a later date that includes the HD remaster of both Commandos 3 and Commandos 2.

Commandos 3 – HD Remaster will be released on day one with Xbox Game Pass and PC Game Pass and will be available on Xbox One, PlayStation 4, PC, and Nintendo Switch™ in September 2022.