Carrion and Fall Guys are probably the two indie games that juxtapose each other most that I had the opportunity to get my hands on during the show, but I genuinely enjoyed my time with both titles.

The first was Carrion, developed by Phobia Studio, in which you assume the role of an amorphous monster to break out of the facility imprisoning you.

Consume the bodies of your human captors and spread fear and panic throughout the facility as you grow and evolve, acquiring devastating abilities that will help you tear down your prison.

Carrion was my first experience with a reverse horror title and, honestly, I never felt like I would enjoy retribution so much.

The controls are simple, carrying you through the map as a red tentacle-y creature and it’s pretty clear you are a danger to everyone and everything around you. Any and all humans you encounter will try to fight or flee, using weapons to inflict damage that can be healed as you unlock checkpoints. These checkpoints will also fuel your growth and evolution as well as allowing you to progress further through the facility.

You use your tentacles to crush doors and bodies of the pesky humans attempting to stand between you, freedom, and revenge.

Carrion will launch on PC and consoles in 2020.

On the complete and total flip-side, we have Fall Guys. Which, based on the art alone, should explain the whiplash I had walking out of a trailer in a parking lot with a one-on-one demo of Carrion and immediately into a fun-house that required me to take off my shoes, filled with padded mats, beanbag chairs, and a ball pit outside.

Fall Guys, developed by Mediatonic, pitted me against some live opponents in addition to the nearly 100 computer-controlled players in this literal multiplayer fiesta.

The game, inspired by competitions like Wipeout, features a series of ridiculous challenges and obstacle courses that are intended to be played between up to 100 players online.

I played through a couple of challenges, including tail tag (tag in which you are literally stealing each other’s tails) and the quest for the crown through an intensely bouncy obstacle course.

If you are a fan of hilarious party games that lend themselves easily to passing controllers around in a fit of laughter, then Fall Guys is for you. It reminded me of a great mix of Jack Box and Nintendo Land for the Wii U, except with 100 more people to beat.

Fall Guys is launching on PC and PlayStation 4 in 2020. 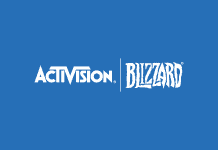 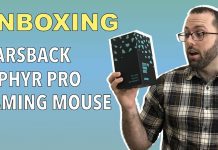