During the recent earnings call for Take-Two, President Karl Slatoff said that they were “incredibly pleased with The Outer Worlds and everything that it’s brought.” He went on to say that Take-Two “Will be participating in the franchise and whatever the future holds for that franchise.”

Though Mr. Slatoff was very optimistic about The Outer Worlds and what Obsidian had brought to the table, publisher Private Division responded with a statement about the future of their involvement in the franchise.

Private Division recently reached out to Gamasutra and confirmed that the company will no longer be publishing the game or be involved in future iterations. The company had this to say:

“Private Division is still supporting and marketing The Outer Worlds, including the upcoming release of Murder on Eridanos DLC on Nintendo Switch. Moving forward, Obsidian and Microsoft will be publishing future iterations in the franchise, and we’re absolutely thrilled to see where they take it.”

So there it is people, not only does this confirm that Microsoft will be publishing the game, but it also seemingly confirms that The Outer Worlds will be an Xbox Exclusive from this point on. Though this was already a possibility after Obsidian was purchased by Microsoft back in 2018, this statement just cements the fact that Microsoft is building its first-party line-up into a well-oiled machine.

If you’re reading this with an envious mindset of “this is ridiculous, why wouldn’t they just put it on PlayStation too?”, you’re looking at the Microsoft buyouts in the wrong light. For years, gamers have made jokes about Microsoft not having enough first-party exclusives. Hell, I even did it when I was a PlayStation fanboy.

Now that Microsoft finally started putting their money where their mouth is, it seems like some gamers are upset that their beloved studios are being purchased. This only furthers my opinion that every gamer should own a next-gen Xbox. We all know that PlayStation will have some amazing exclusives coming soon, but this also now means that Xbox is finally getting around to having a massive exclusive lineup.

It was a bitter pill for me to swallow when Xbox bought Bethesda, not only did I play PlayStation more, but Bethesda just so happens to be my favorite game development studio. So after much deliberation, I finally decided to purchase an Xbox, not because of the exclusives…but to actually give Xbox a chance at winning me over as a fan.

Despite the scalpers, I was lucky enough to get a PS5 and Xbox Series S. After playing both, I can say that I love both systems and all they have to offer. . .but after buying my Xbox Series S and finally realizing the value of Xbox Game Pass Ultimate, my mind has been changed forever.

Video game consoles and PCs are long-term investments. The narrative has always been that PlayStation has the games, while Microsoft has the power. With Microsoft purchasing more game studios and developing more first-party games, the games are coming. There should no longer be that fanboy mentality; a divide between Team Blue and Team Green players. Players should play what they want to play on the system they want to play, but this player suggests that you play it on Xbox.  *END RANT* 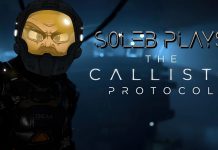 Horror has Returned, Check out our Walkthrough of The Callisto Protocol So Far 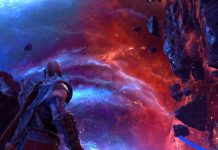