Pokémon Unite has recently taken the Nintendo Switch by storm so here are some essential strategies for MOBA domination that will help you outlast your enemy and guide you to victory.

1. Positioning – No stat, ability or character will help you succeed more than awareness of your positioning within a MOBA. The more you play, the more you’ll understand how far you can push out into a lane on the map without putting yourself in danger and where you can position whilst fighting an opponent to avoid their engages and most damaging abilities. Often, a step or two in the wrong direction will lead to your death at the hands of a savvy player who has a feel for when you’ve strayed too far into their territory. Be mindful of your positioning, play safe and everything else will follow.

2. Mini-map – This ties in with positioning as learning to constantly read the mini-map in the top left corner of your screen will let you know where enemy players are and whether it is safe to move up into a lane to score or collect points. Vision is another hugely underrated facet in all MOBAs. In general, what you see on the enemy side of the mini-map is obscured by the Fog of War but certain actions such as approaching goal areas or attacking other Pokémon reveal your foes to you and vice versa. Do you have vision of 4 or 5 of the enemy team fighting in the top lane? Then you know you can move up to score or collect experience alone in the bottom lane whilst not being outnumbered. Can you see one enemy player who has overextended into your lanes? Ping your team and move to take them out. Beware though, as eagle-eyed enemies will be doing the same and be quick to rotate on you if you reveal yourself in a similar fashion.

3. If you’re going down, go down together – Bad matches are common and there’s little you can do about it when your teammates repeatedly throw themselves into the jaws of the enemy team and die or AFK inside your base. That said, if things are going wrong and you have a poor team, instead of sticking to plan A and pursuing a lane on your own or with a friend, join up with your kamikaze crew for a last-ditch effort. This can sometimes snowball into pushing the lane out, letting you dominate at least one part of the map to score points into and in rarer cases can swing the game when your previously lackluster teammates wake up and start to see things going well. If you can’t stop bad decisions from being made, making them together is better than apart. 4. Stutter-step and auto-attack – It is easy to feel like your flashy abilities do all of the damage to an opposing player but the reality is a huge chunk of your DPS comes from your basic attacks. In general, you should be non-stop auto-attacking an enemy in range if you’ve judged it safe to engage. This can put you at risk however as many players will remain stationary to auto-attack, signposting themselves as sitting ducks and an easy kill. Stutter-stepping basically means attacking whilst on the move and is luckily a fairly easy habit to pick up in Pokémon Unite. If you hold the direction you want to move in whilst repeatedly hitting or holding the basic attack button on an enemy in range, you will hit, then move, hit, then move in a constant pattern. This makes you much harder to hit back and land skill shots against whilst pumping all of that extra auto-attack damage into an enemy before finishing them with your abilities. Never stop moving. 5. Farm experience – Another common mistake is to constantly chase fights. Whilst a certain amount of bloodlust can be healthy in a MOBA, your time will most often be better spent gaining experience for yourself and your team, especially in the early parts of the game. In Pokémon Unite, this is accomplished by defeating the wild Pokémon you see dotted around the map. If you dedicate a good chunk of your time to this, when those important team fights happen around the map, ie: defending your goals or competing for a boss, you will have evolved sooner and gained the level advantage necessary to wipe out the enemy team. Taking the time to farm experience will always put you in the best position to win fights.

6. Be patient with your Unite Move – Unite Moves are the most powerful abilities your Pokémon have access to but this is balanced by them having long cooldowns in the form of needing to be recharged after use. You can do this by scoring goals (10% charge), destroying goals (14% charge) or defeating wild Pokémon (5% charge). When your Unite Move comes online it is always tempting to blast it towards the enemy team as soon as you get the opportunity but it is most often preferable to hold fire until that perfect moment in a crucial team fight or to make a dramatic getaway when you’re caught out of position by the opposing team (many Unite abilities have built-in invulnerability, a blink or a speed boost). Use your Unite Move wisely and you will be able to dictate the outcome of pivotal moments during the game.

7. Consider your Battle Items – If positioning is key in any MOBA, then it stands to reason that anything that helps you to position more effectively is also extremely valuable. It can be tempting to equip a health potion or a damage increase in your Battle Item slot but in most scenarios, it will do less for you than an X Speed boost or an Eject Button. This is because by being able to position yourself more effectively, you can either avoid more damage than your potion would otherwise heal or catch a fleeing enemy to achieve a kill and do more damage than an X Attack boost alone would give you. 8. Learn to play multiple characters – It’s still early days for Pokémon Unite and with a currently limited character roster, most matches end up with fairly balanced compositions. If your main character is taken however, it can be frustrating to be left with limited options or Pokémon you don’t know how to play. Making the effort to try as many characters as you can will mean you are much more flexible in this scenario, enabling you to still perform when your priority pick is snapped up and also enabling you to fill gaps in your team composition when everyone else has picked attacking Pokémon, leaving you with no defense or support. Learning each Pokémon also gives you the knowledge to play against them. If you know a Pokémon’s speed, abilities, cooldowns and Unite Move, you can more effectively predict and counter them when it’s time to take them out. Once you’ve begun to master the advice above, you’ll have set the foundations for domination within any MOBA and be able to navigate the arenas of Pokémon Unite with style.

Pokémon Unite is out now on the Nintendo Switch and is free-to-play with some paid cosmetic content. 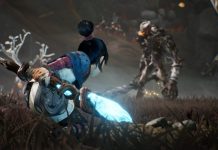 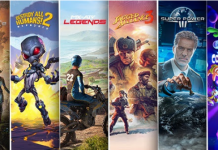