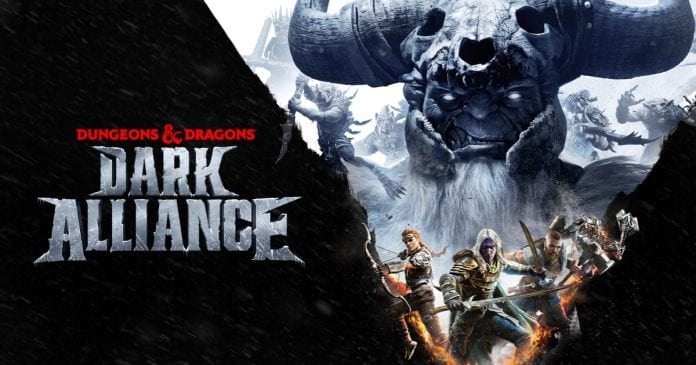 The upcoming Dungeons & Dragons RPG, Dark Alliance finally has a release date and even a swanky new gameplay trailer to enjoy!

D&D fans who’ve been anxiously awaiting the next video game starring fan-favorite Drzzt now have a release date to put on the calendar. The developers announced today that Dark Alliance will hit PCs, PlayStation 4|5, and Xbox Consoles on June 22, 2021. Even better, we’ve got a new trailer to drool over:

“DARK ALLIANCE marks an important milestone for us as the first Dungeons & Dragons video game to be published by Wizards of the Coast,” said Chris Cocks, President, Wizards of the Coast. “We’re excited to expand beyond the tabletop and deliver a brand new type of D&D experience to long-time fans and new audiences when the game launches this June.”

Developed by Wizards Studio, Tuque Games, and set in the Forgotten Realms, the game features real-time combat and dynamic co-op gameplay, and pits the infamous Drizzt Do’Urden and his legendary companions – Catti-brie, Bruenor, and Wulfgar – against some of the most iconic monsters from the world of Dungeons & Dragons. Frost Giants, Beholders, and White Dragons roam the frozen tundra of Icewind Dale in search of the Crystal Shard— and it’s up to the companions to muster the strength to stop them from claiming and using it to destroy their home.

Starting today, fans can pre-order the Digital Edition for $39.99 online via DarkAlliance.com or the standard edition and retail-exclusive Steelbook edition for $59.99 at select retailers. The Steelbook edition includes a Steelbook case, a printed art book, a downloadable Dungeons & Dragons soundtrack, a Beholder and Lich weapon set, and the forthcoming expansion “Echoes of the Blood War”. Fans can also opt to pre-order the Digital Deluxe Edition for $59.99 that includes the upcoming expansion “Echoes of the Blood War” and the Lich weapon set. All pre-orders – regardless of edition or platform – will receive an exclusive in-game Beholder weapon set at launch.

Pre-Orders for the game are kicking off today, will you be picking up the new RPG?