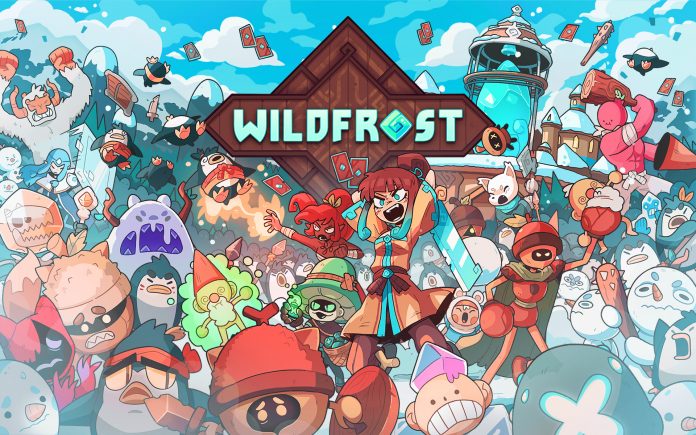 I’m a sucker for fantasy stories, fun art, and card games. So yeah, I’m pretty much all in on Wildfrost:

In Wildfrost players will build a deck of charming companions and powerful elemental items in an attempt to take back a world that has fallen to the Wildfrost. Only the small civilisation of Snowdwell and the remaining survivors are left as the final stronghold against an eternal winter. Use strategy and card building skills to reach the Sun Temple and banish the Wildfrost once and for all!

Throughout the game, players will have the chance to recruit new card companions and gift them charms to enhance their powers, giving players the upper edge in battles. Return to Snowdwell after each run and rebuild the town, unlock more cards, and encounter new challenges and events for an adventure that has endless replayability.

A perfect mix of deckbuilding and adventure, Wildfrost lets you test your card battling skills as you fight to banish an eternal winter.
Pick your ‘Leader’ from a variety of different tribes that offer randomised stats and skills.
Utilise the ‘counter’ dynamic system to gain the upper hand against foes and frosty monsters!
Each encounter will offer new cards and a new way to tackle each battle. The way you strategise each fight is up to you!
Endless replayability with new daily challenges and runs.

Wildfrost is set to hit PCs and Nintendo Switch this Winter.