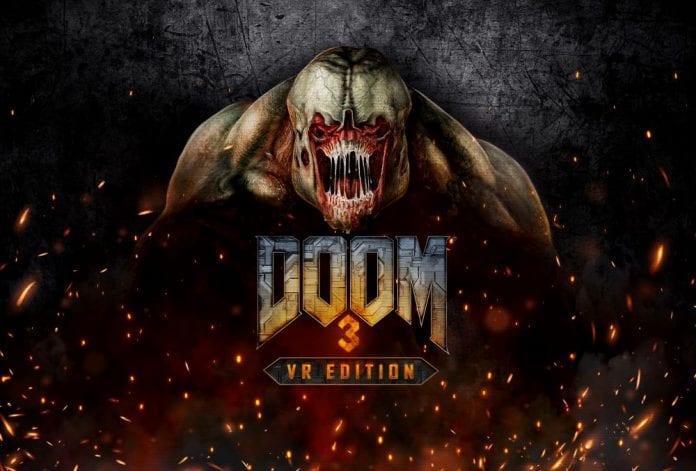 Bethesda announced this morning that Doom 3: VR Edition is launching on PlayStation VR later this month.

The VR Edition of Doom 3 includes both the Resurrection of Evil and The Lost Mission expansions. The game has been refined for virtual reality with head tracking, 180-degree quick turn and a wrist mounted display to track health, armor and ammo.

“Uncover the truth behind the UAC’s dark experiments, fight unholy creatures in terrifying environments and wield an arsenal of iconic weaponry with new textures, shaders and sound effects as you survive against the forces of Hell across over 15 hours of heart-stopping action,” developers said.

Doom 3: VR Edition will launch on March 29 on PlayStation VR. No other VR platforms have been announced at this time.