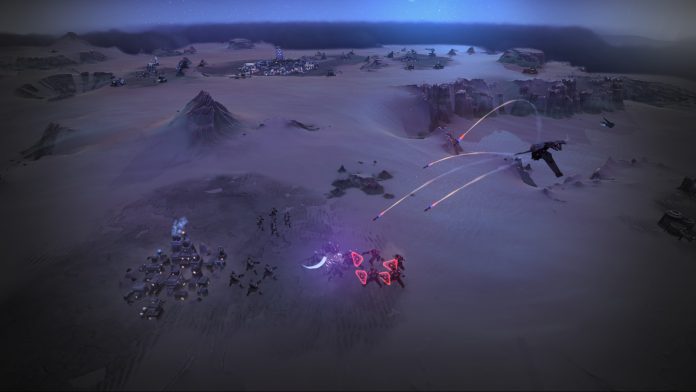 Dune: Spice Wars is now available on PC Game Pass and is coming with its third major update: Air & Sand.

Players battling for Arrakis will now have some new options to do so with the arrival (today!) of Dune: Spice Wars‘ Air & Sand update. On top of adding more improvements to the gameplay overall, the update brings the gameplay to a new dimension with the implementation of new air units!

Flying units add a new layer of strategy to the battlefield, letting you balance desert power with air power using the new Ship and Frigate units, capable of traversing the map without fear of sandworms. While combat may see the biggest changes, the additions and improvements touch on every aspect of the game.

As the most recent Dune game and the first in two decades, Dune: Spice Wars weaves the universe’s deep lore and themes into its gameplay. In the Air & Sand update, players see the expansion of several of these mechanics, such as spy missions, political resolutions, and brand-new Spacing Guild mechanics.

Additionally, balancing has been tweaked, quests updated, the UI and multiplayer chat system improved, new village features and Sietches added – the list goes on. Gather intel, garner political authority, make plans within plans within plans, and predict those of your opponents. The Spice War rages on.

Dune: Spice Wars is available now via Early Access, and has just arrived as part of the PC Game Pass! So if you’re a subscriber and haven’t played yet, you’re out of excuses.