Hooded Horse jumped out the gate strong with a couple of game previews this week and fans of strategy games are in for a treat.

I got the chance to sit and discuss Falling Frontier with developers today as part of E3 2021.

“Falling Frontier is the future of the RTS genre,” Tim Bender, CEO of Hooded Horse, said. “There has been increasing interest in a revival of RTS games these past several years, with several companies attempting to recapture the magic of those early titles of the 1990s and 2000s. But Falling Frontier is instead looking forward—to everything that the RTS genre could become. Intel, logistics—the kinds of depth usually associated with the 4x or grand strategy genres—are seamlessly integrated as core gameplay mechanics, while still retaining the excitement and charm of the classic RTS experience.”

The real draw, developers said, is how resource management and reconnaissance play out and affect the overall gameplay with a detailed intel system complete with recon stations, scout ships and probes.

Probes are one of the game’s primary recon tools and players can use them in a variety of ways. Players can also intentionally search out or accidentally discover enemy probes. This leaves you with a decision: destroy them to learn what is contained within and risk alerting enemies to your position or leave them be and subsequently leave yourself vulnerable to attacks? The choice is yours.

Choice is one of the core themes of the game and the consequences are king. Developers said there is no right or wrong way to do things in Falling Frontier, there are just consequences that you have to answer to.

In an effort to expand your celestial empire, you will need to connect space stations together and set up supply chains across sectors and planet groups.

Ships operate using fuel, munitions and need food to ensure your enlisted and command crews won’t starve as they strive to survive and conquer.

There are five types of command crews that can be selected when designing a new spaceship: Admirals, Captains, Navigators, Engineers and Gunnery Sergeants. Each type provides different buffs/debuffs upon death, different perks to be researched and different upgrade trees.

There are various ship designs available to choose from along with other various customizations like colors and weapon mounts. Players can also customize and upgrade internal components to give specialized benefits to aspects like travel or combat.

Combat in Falling Frontier is physicalized and can be observed. For example, when projectiles ricochet instead of hitting targets head-on or see air leave spaceships when projectiles penetrate an enemy ship all the way through.

Ships are made up of about 20 different hitboxes and can go down in a fiery blast or in a way that leaves them salvageable depending on how you attack or defend yourself. You can salvage materials and resources in addition to evacuated crew can sometimes be sources of information on the enemy. Conversely, when you lose a ship you will need to make the choice to risk more ships to save your crew, do you let them die or be captured and tortured for intel?

“Hooded Horse’s focus on strategy games makes it an ideal partner for our studio, and the additional development time will allow Falling Frontier’s Early Access release to live up to its full promise of offering players a distinctly new kind of RTS experience,” said Todd D’Arcy, founder of Stutter Fox Studios, in an announcement in April. “For example, in order to step outside the standard RTS formula of chasing numerical advantage, we are modeling the strategic terrain of a realistic star system. Players can attempt to hide their ships behind a planet or moon, mask their heat signature near a gas giant or star, or launch an ambush from within an asteroid field or nebula.”

Developers also revealed at the full launch of the game, there will be a scenario builder using developer tools to build-your-own star system, from planet and gas giant placement to narrative event sequencing to give players the freedom to create unique campaigns and stories. This toolset will be integrated into the full game, not as a separate application.

A narrative campaign for the game was announced last week to look forward to in the meantime.

“Mars is the dominant military power,” D’Arcy said. “The player must use all the mechanics Falling Frontier makes available to wage asymmetric warfare. Raiding supply lines, laying in ambush behind planets, destroying recon stations—intel and logistics are the keys to preserving Titan’s independence. The events the player will experience in this war lead directly to the first human expansion beyond our own Solar System.”

Falling Frontier will launch in early access in late 2021 and a full launch will come later. 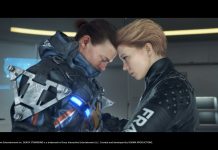 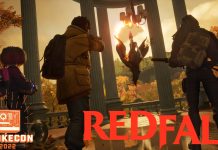 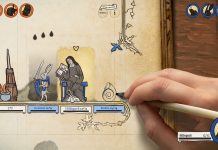