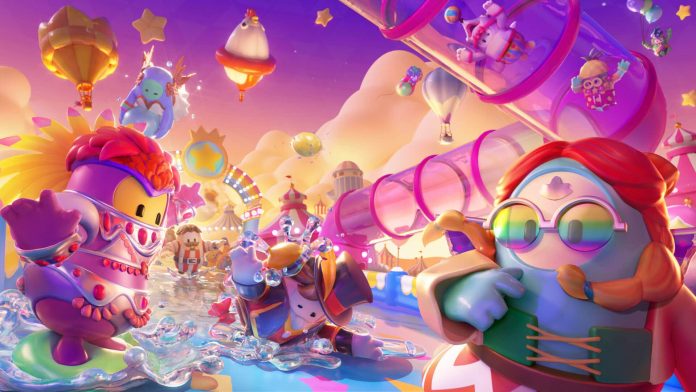 Fall Guys is heading for a few updates in June including new consoles and a free-to-play update.

Developer Mediatonic announced that after a lengthy delay the game will finally hit Xbox and Switch on June 21st. The same day the game will become “free-to-play” for all platforms.

The game will be cross-platform and cross-progression, including PS4 and PS5, to all platforms thanks to Epics Online Service functionality. Epic owns both the studio and franchise itself.

Mediatonic announced that a new season is also launching on June 21st which will include loads of new challenges, new stuff to unlock, and an update to the progression system. Of course going free to play also means the game will introduce new in-game currency titled “Show-Bucks.” It is unclear at time of writing how to purchase show bucks, or how much season pass content will cost. The will still be a free path for the season progression, but paid “super charged” items will be available for a paid tier.

Current players will also be gifted a Legacy Pack that includes some cosmic items, along with all the items from the first season pass for free.