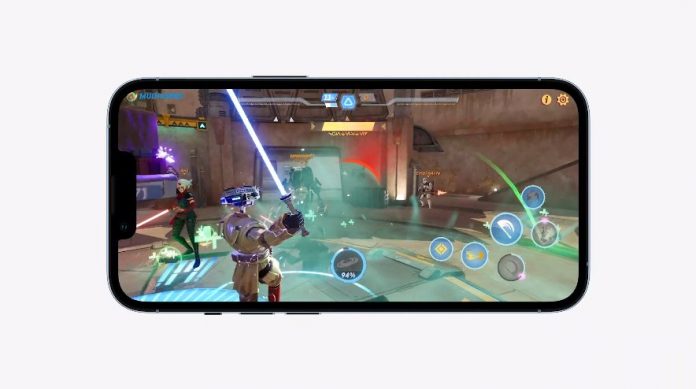 During this year’s Apple Event (unveiling the iPhone 13), Star Wars fans were given their first look at Hunters gameplay in action.

This is definitely not among the things I expected to see during the Apple Event. While talking up their new slate of products, some footage of Star Wars: Hunters, the upcoming arena shooter/action title, was revealed.

Now, the last we heard about Hunters was it had been delayed into 2022, but it’s nice to finally get some gameplay footage hold us over. It’s tough to judge based off these snippets, but honestly…I think it’s pretty cool. Of course, that could be my general love for villains (and seeing a new one in action) coming through, but this first look has me eager to learn more.

I’m not big on squad/arena games, mostly because I’m terrible at them, but getting one set in the Star Wars universe might finally pull me through. Though it was shown here for mobile devices, the game is also set to arrive on Nintendo Switch.

Hopefully this tease of gameplay means we’ll get a more complete reveal on the gameplay elements and story sooner rather than later.