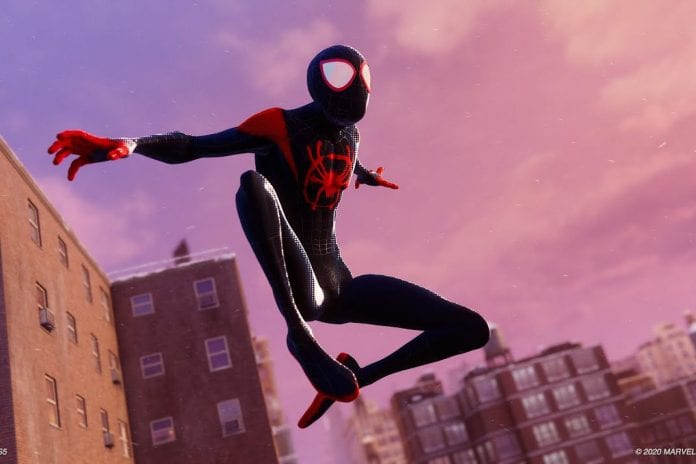 A new video for the upcoming PS5 release, Spider-Man: Miles Morales has revealed the suit from Into The Spider-Verse with some cool animation.

One of the best parts of Insomniac’s Spider-Man game were the various costumes you could unlock along the way. On top of being able to rock some of your favorite outfits from the wall-crawler’s long history, they brought some neat features to the gameplay as well.

It’s an aspect returning in the PlayStation 5’s Spider-Man: Miles Morales and today brings a look at one of the coolest yet. The Miles costume from Into the Spider-Verse is making its way into the game as a pre-order bonus. This lenghty new gameplay video is here to show it off:

On top of looking cool, I LOVE how it manages to incorporate the same animation style, with the lower framerate. It’s impressive to see it in action and feels like it’s pulled straight from the movie. Don’t worry, it’s something that can be toggled off if you get tired of it, but the attention to detail is amazing.

Can’t wait to get my hands on this suit/game when it drops on the PS5 on November 12th.