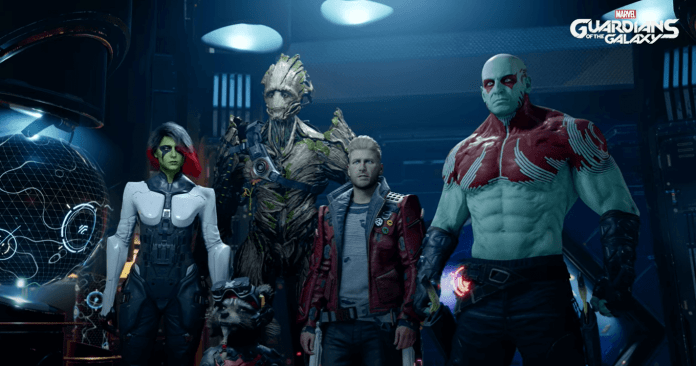 The two videos focus on two very different, but important aspects of the Guardians of the Galaxy game, Combat and Exploration. The Combat video showcases the unique abilities and combat styles of each team member, as well as the mechanics Star-Lord uses to tap into those abilities. Meanwhile, the Exploration video reveals unique and interesting situations the Guardians of the Galaxy can encounter based on how you manage them and the decisions you make.

While I knew that choice would be an integral part of Marvel’s Guardians of the Galaxy‘s story, I didn’t realize just how many choices players would have to make outside of battle and dialogue scenarios. Choices like who to spend skill points on, what uniforms to wear, and even how to approach what may seem like an innocent conversation.

I like that we can change the outfits of the Guardians, but I foresee the upgrade tree potentially getting frustrating, given that you have to choose who to spend ability points on.

As for the gameplay, the team coordination looks like it’ll be really fun. It also looks like they borrowed some of the delegation buttons from Square Enix‘s other Marvel game, Marvel’s Avengers. Nevertheless, these two videos did the job and got me excited for October 26.