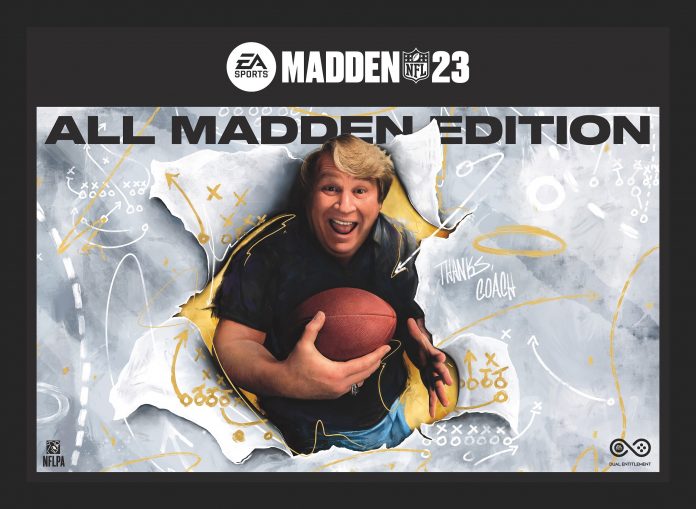 For the first time in 20 year, John Madden will once again adorn the cover of the game which bears his name, with Madden NFL 23!

To celebration “Madden Day” (marking the release of the first Madden Game on June 1, 1988), EA has revealed the cover for this year’s release. That’s right, Coach Madden himself will grace the cover of Madden NFL 23, but he’ll also be featured within the game for players as well.

Coach Madden’s football philosophies and expectations on the field have always grounded the Madden NFL development team, as they represent what fans truly want from the best 11v11 simulation football experience. When Madden NFL 23 launches later this summer, the first interactive experience will feature two versions of Coach Madden leading opposing teams of “All Madden” athletes facing off in the 1970s Oakland Coliseum. In addition, the unforgettable voice of Coach Madden returns during the game in remastered audio clips that callback to his legendary days as a broadcaster.

More details on the specific gameplay will be hitting over the next few weeks with the game arriving at some point later this Summer.