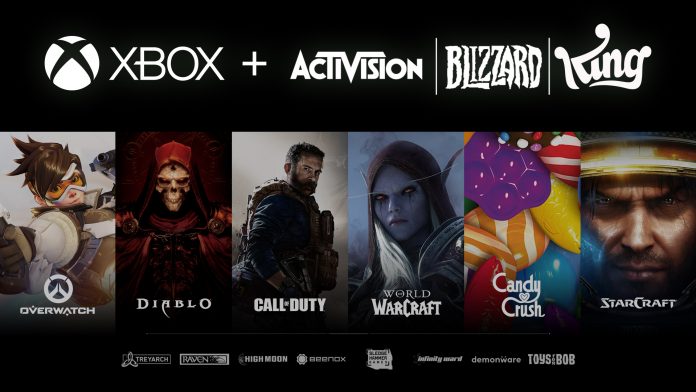 After a year of scandals and lawsuits based around sexual misconduct and workplace harassment, the troubled gaming company Activision Blizzard will soon be under new management. Today, Microsoft and Xbox have announced the acquisition of Activision Blizzard to the tune of $68.7 billion.

With those studios comes their enormous library of exclusive IPs like “Warcraft,” “Diablo,” “Overwatch,” “Call of Duty”, “Spyro“, “Crash Bandicoot“, and “Candy Crush”. It’s unclear if all or select IPs will become Xbox/PC exclusives. If history is any indicator, unless there are any pre-existing deals, Xbox won’t shy away from making any and all games purchased under the near-$70 billion price tag exclusive.

However, it is interesting to see how Xbox tackles mobile gaming, with the King team now in the fold. That’s a major addition to a medium Xbox hasn’t really cracked yet.

While this is all very monumental and bolsters the Xbox catalog of games, it’s even more important to note what is set to become of Activision Blizzard‘s existing leadership. Thankfully, that was addressed in the announcement.

Bobby Kotick will continue to serve as CEO of Activision Blizzard, and he and his team will maintain their focus on driving efforts to further strengthen the company’s culture and accelerate business growth. Once the deal closes, the Activision Blizzard business will report to Phil Spencer, CEO, Microsoft Gaming.

While it doesn’t explicitly say that Kotick is gone, the language being used suggests that it’s what is about to go down once the deal is finalized. The soon-to-be-former CEO had a major part to play in the downfall of Activision Blizzard‘s downfall in the workplace and in the company overall. He was accused of turning a blind eye to the frat boy culture, stunting the growth of female employees, threatening female employees, and sexual misconduct.

In both the Xbox and Microsoft announcements, they made it a point to talk about who exactly Activision Blizzard will be reporting to, Microsoft Gaming CEO Phil Spencer. It signifies a purge of a toxic environment and much-needed change.

As for the lawsuits that are currently filed against the company, it’s unclear as to how those will be resolved. The hope is that through this transaction, Microsoft makes the lives of all those who have been harassed, marginalized, and abused better.