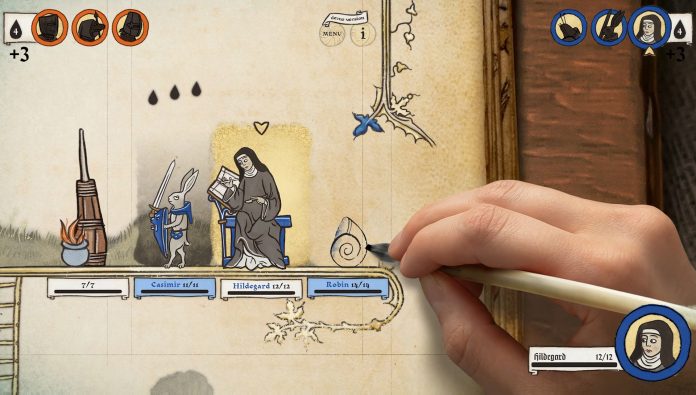 A new trailer and release window have been revealed for the wildly imaginative game Inkulinati.

Along with this announcement came a new trailer that gives a sneak peek at the game and how the gameplay works.

Mythical creatures, humanoid beasts and eccentric drawings, yes, the Middle Ages were full of fantasy, and so is Inkulinati. The freshly inked trailer showcases the game’s stylish interpretation of medieval manuscripts, alongside turn-based strategy battles in which a rabbit’s bum can be more dangerous than a dog’s sword.

Assume the role of a mighty Inkulinati who wields the power of Living Ink: magic that brings illustrations to life on the page. On the game’s 2D book-battlefields, the inked creatures follow their masters’ commands, fighting against beasts controlled by rival Inkulinati. To gain an edge over their enemies, players can collect new Living Ink and tinker with their bestiary to find strategic compositions for their next duel. New servants can be unlocked throughout the game, adding peculiar abilities to the Inkulinati’s arsenal, such as human-eating snails or lodging trumpets in bottoms.

Inkulinati is coming to Early Access this winter for PC (Windows and Mac), and Xbox Game Preview for Xbox One and Xbox Series S | X.