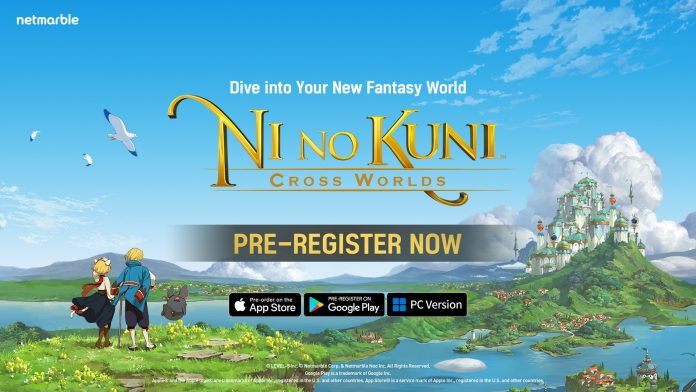 The upcoming MMORPG that will return players to the world of Ni no Kuni is now open for pre-registration that’ll nab you some exclusive goodies.

Look, I know it’s a free-to-play MMO designed for mobile devices (though you can play on your PC as well), but it’s Ni no Kuni…so I’m all aboard. If you’re like me, then go get registered to play when the game launches later this Summer. Even better, there’s a new trailer to enjoy as well:

Netmarble, a leading developer and publisher of high-quality mobile games, announced pre-registration is now open for the upcoming massively multiplayer online role-playing game (MMORPG) Ni no Kuni: Cross Worlds. Ahead of the game’s early summer release, players can visit the official website and Discord to sign up and receive exclusive in-game pre-registration gifts.

App store and Google Play pre-registrations will receive the Explorer Outfit via the in-game mailbox. Players who join Discord can obtain the Catarumpus Hat and a Special Title, redeemable via coupon codes once the game is launched.

Ni no Kuni: Cross Worlds is an expansion of the original Ni no Kuni series, reimagining the franchise’s vivid fantasy worlds and popular character designs in an all-new story. Boasting anime-style graphics and high-quality animation cutscenes rendered in Unreal Engine 4, Ni no Kuni: Cross Worlds immerses players in an experience reminiscent of an interactive animated film, where fantasy and reality exist side by side.

Developed based on Level-5 and Studio Ghibli’s original fantasy RPG series ‘Ni no Kuni’, Ni no Kuni: Cross Worlds will launch early summer on mobile platforms and will also be playable on PC.