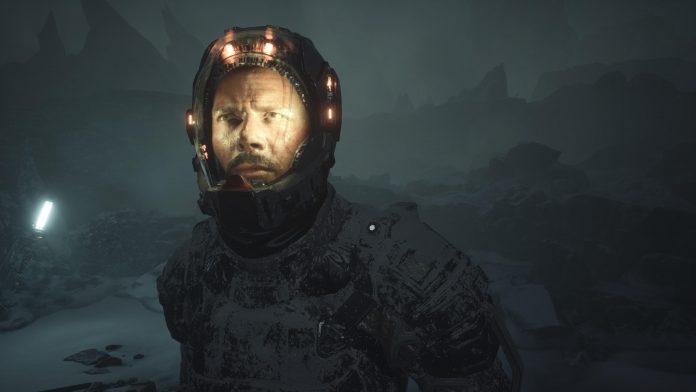 The Callisto Protocol has arrived after a lot of hype and hope…neither of which it manages to live up to.

For some time now I have been a fan of anything that Glen Schofield and his team have their hands in. The Dead Space series was one of the best series ever created, and I’ve always wanted a follow-up to Dead Space 3. Isaac Clarke is an iconic character that will go down in history as one of the best characters ever created. Having Isaac face off against the immense task of saving the entire universe by himself was just such a good feeling, especially when it ended with him stomping the heads of mutated alien life forms.

Now, however, it is time for a new alien-stomping hero to take the stage and his name is Jacob. Can Jacob live up to the legend that Isaac Clarke left, or will the Callisto protocol feel like something we have played before from the past? Let’s find out…

An Alien Story That Feels All Too Familiar

The story of The Callisto Protocol is very much like what we have seen in other games of this style. You play as the protagonist Jacob, a man with a bad past who’s just trying to work away his sins. Just when things are looking up, he and his partner are tasked to deliver “medical packages” that just so happen to release a plague upon other humans. After crash landing at Black Iron Prison, Jacob finds his partner dead before being processed and detained at the prison.

After waking, Jacob finds himself as one of the only uninfected humans left in the prison. Now it’s you against the world, and it’s your goal to escape and shine light on what really is going on with this outbreak. I hate to compare the games, but it is almost a spitting image of Dead Space. You can’t help but feel the similarities.

Despite the familiar territory, the acting of Josh Duhamel, Karen Fukuhara, Sam Witwer, and others sold me on this story. There are moments in the game when the acting and the graphical presentation almost make you feel like you’re in a cinematic adventure. I could see this game as a movie, and it’s something we should applaud Striking Distance Studios for delivering.

The Callisto Protocol is, by far, one of the most beautiful titles on the market today. The Unreal Engine is utterly impressive, seeing these characters come to life on the screen was almost jaw-dropping. Even during terrifying jump-scares, level transitions, or when new characters and enemies were introduced, the Unreal Engine pushed this horror title to new heights.

And that’s not to mention the Stellar music featured in this game. Every moment came with heart-thumping music that made the look over my shoulder while playing. Music and visual presentation plays a big part in how players will feel while playing these kinds of horror games, and Striking Distance hit the nail on the head.

What’s heartbreaking about this game, however, is that it’s pretty much a direct recreation of the first Dead Space title. The original game was amazing when it was released, but I didn’t want a different version of Dead Space with a reskin (that’s already on the way). I wanted the horror and wild gameplay of Dead Space with a new story. Something Callisto Protocol doesn’t give.

Beyond that, the main story in The Callisto Protocol really feels like it’s missing some key components. It’s almost too straight forward in the story being told, keeping players focused on escaping the prison with little else to drive them. Throughout the game, we find out no information on what is truly going on in the wider universe, how the outbreak happened, or who’s truly behind it until LATE in the game.

I was excited for what was about to happen in the game as I played it, but after a while, it almost felt like the story was just “MONSTERS, KILL, RUN, ESCAPE!” If there is a follow up to The Callisto Protocol, I really hope there are more sidequests, information, and in-depth storytelling to better pull us in.

This type of survival title is always going to be difficult on players. To be honest, however, the title was overbearing at times, even to the point of “simple” mechanics being needlessly complicated.

For example, one of the craziest features in The Callisto Protocol is the Dodge System. Instead of being able to Parry or Dodge attacks with the tap of a button, you have to move your left trigger left or right at a precise moment in order to avoid incoming attacks.

Yes, this added to the overall fear factor, but the problem is, it doesn’t always work. Multiple times I found myself facing off against bosses who were just too damn hard. It was enjoyable/rewarding when I would finally beat those bosses, sure, but getting to that point was somewhat ridiculous.

Additionally, you can upgrade your weapons in the game, but there’s no skill tree system in place. While it’s not exactly necessary, its absence is certainly felt. Having the ability I’m upgrading Jacob’s speed, dodging capability, and overall strength would have made me more invested in the gameplay system. I get what the studio was going for with this gameplay system, and it certainly keeps you on the edge of your seat…but it’s more frustrating than immersive. I know some people may think I’m just nitpicking, but there’s a reason skill tree systems are so popular with gamers.

They allow players to upgrade skills to specifically enhance the way they want to play. While The Callisto Protocol is, ostensibly, a full-on action-based title you can’t just run-and-gun your way through a level. The enemies of this world are very unforgiving and can kill you with just three blows—some with just one hit. This isn’t a bad thing, especially considering the atmosphere of the story, but the lack of a skill tree and ability to upgrade yourself throughout makes it feel like you’re never actually improving. It’s like being stuck at the beginner “noob” level of the game even at the end.

There is also not a lot of direction given to players in the game. Most of the time I like this approach, but with frustrating audio glitches, character glitches, and even certain areas of the map disappearing before my eyes…It made for yet another irritation in a game that I wanted to love.

I know it seems like I’m bashing this game, but I did have a great time playing The Callisto Protocol. I’m all for challenging games, but when one boss takes me almost two days to beat on the easiest settings of the game…it’s a bit ridiculous. Seriously, I had to load up a previously saved version of the game and work my way back through the levels just to make sure I had enough ammo, credits, and the right upgrade on all my weapons to complete the boss battle.

The Callisto Protocol has a lot to offer fans, but really holds itself back because of the lack of story and overly difficult gameplay. Adding more depth to the story and overall gameplay system would give fans reason to invest in its world. The difficulty of the title is understandable, but the game needs better balance overall. Maybe with the next title we will get a bit more story and I will have enough time to train myself for some of the hardest enemies I ever faced on easy mode.