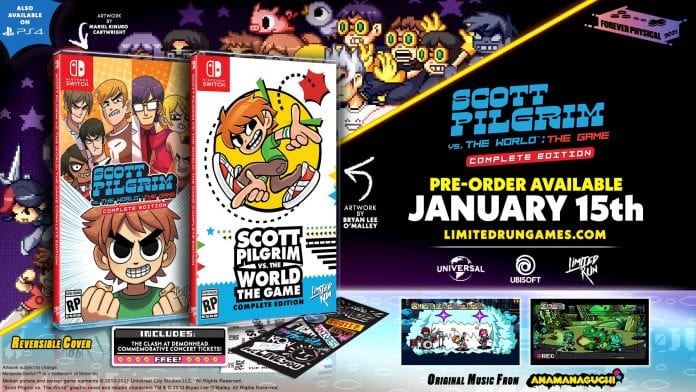 Scott Pilgrim vs The World: The Game returns this month and Limited Run Games has announced a stunning physical Collector’s Edition for fans!

As we (well, myself at least) eagerly await the return of the Scott Pilgrim game, Limited Run Games has announced they’ll be giving the title a physical release as well! The game was digital only and when it was pulled from digital stores fans found themselves unable to play it.

It’s a pitfall of digital only media, so I’m REALLY glad to see this game get a physical release from the folks at Limited Run Games. They always bring the goods when it comes to their products and collector’s editions. From the looks of what they’ve announced, they’re going all out for this one: Even better, they have some other Scott Pilgrim game related merchandise for fans:

The game itself launches on January 14th for Xbox, PlayStation, and Switch, with pre-orders for these physical editions going up next Friday (January 15th). Will you be picking these up?