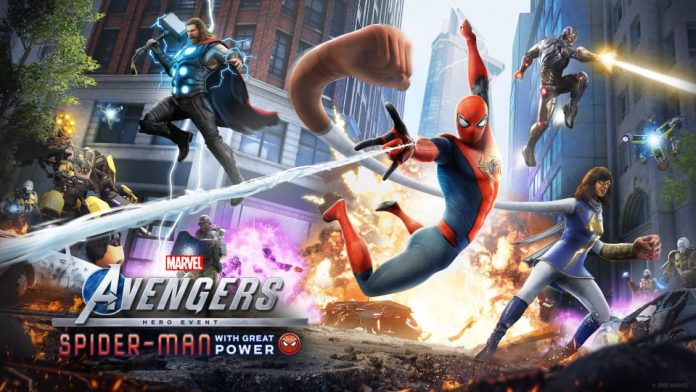 In a new teaser for Marvel’s Avengers, we have received our first look at the PlayStation exclusive wall-crawler joining Earths Mightiest Heroes in their battle against AIM.

Play Spider-Man throughout the Avengers Initiative when he swings in to Marvel's Avengers on November 30 for PS4 and PS5! 🕸️ pic.twitter.com/DRkgNgCYUz

The teaser doesn’t seem to show much gameplay but establishes a classically characterized Spider-Man with quips galore. We get an up-close look at the character’s main outfit, a unique but recognizably Spidey costume balancing new and classic elements to stay distinct but true to the character.

But most excitingly, the teaser is capped off with a swinging sequence reaching the roofs of the cityscape that players will be familiar with. Devs have teased potentially removing the cap on how high heroes can fly, perhaps this will be arriving in this update to fully embrace Spidey’s classic traversal skills.

Regardless, while this may not be gameplay, it does seem to confirm that his swinging will be a bit beyond that of Hawkeye, Ms. Marvel, and Black Widow, and more akin to a flying hero.

While the hero is exclusive to PlayStation, the upcoming update will be across all platforms and provides a lot of quality of life changes that fans have been clamoring for including:

Spider-Man will be joining Marvel’s Avengers along with the massive update on November 30th.