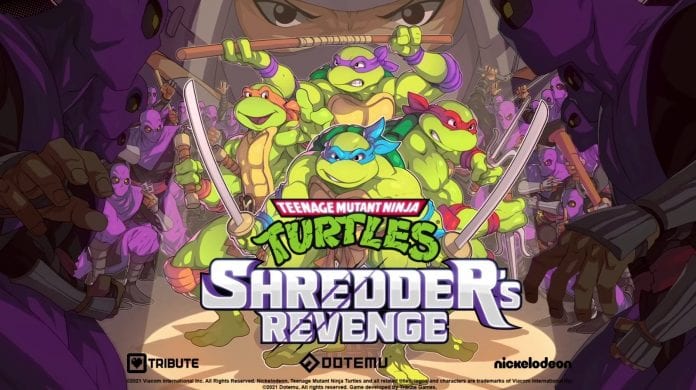 The latest trailer for the new Ninja Turtles game, gives us a look at the old-school action/gameplay players will be enjoying.

During the latest Nintendo Indie Showcase, Dotemu announced the old-school style Teenage Mutant Ninja Turtles game, Shredder’s Revenge, is coming to the Nintendo Switch. Even better, they gave us this brand new, gameplay filled, trailer for us to drool over:

I cannot wait for Shredder’s Revenge. Classic Ninja Turtles games are among my favorites and it’s been too long since the franchise has been given a really great game to play. This looks like exactly the kind of TMNT game I’ve been waiting for.

Teenage Mutant Ninja Turtles: Shredder’s Revenge joins two retro gaming experts: Dotemu, the developer and publisher known for faithful ports as well as impeccable remakes and continuations of beloved gaming series including Streets of Rage 4, the smash hit nominated for Best Action game at The Game Awards 2020, as well as the upcoming Windjammers 2 and highly lauded Wonder Boy: The Dragon’s Trap; and Tribute Games, the studio behind retro-themed original IPs including Panzer Paladin, Flinthook and Mercenary Kings which embody the spirit of classic games in new experiences. Tribute Games also houses key talent behind the acclaimed Scott Pilgrim vs. The World: The Game beat-em-up and Teenage Mutant Ninja Turtles game released for Game Boy Advance in 2007.

Still no release date just yet, but Shredder’s Revenge is supposedly coming later this year.