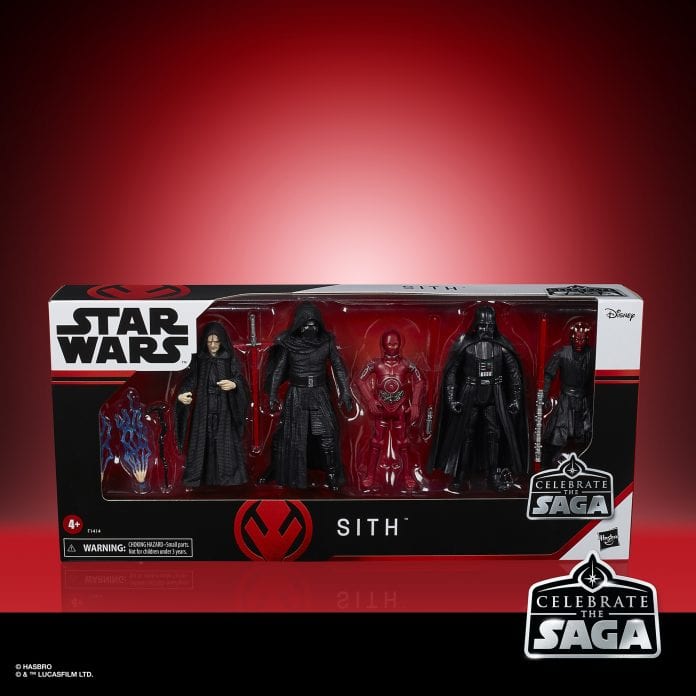 Hasbro held a Star Wars-centered livestream this morning, revealing new figures and toys for collectors to get their hands on.

Did you think your wallet would be getting a break any time soon? Ha! That’s never the case for Star Wars fans/collectors. Today brings even more reveals including stuff for the Vintage Collection, The Black Series, and even a new line of 3.75 inch figures.

Let’s kick off with the new line from Hasbro, the Celebrate The Saga figure packs. These eight sets pull from all eras of Star Wars, including 5-6 figures around a central theme, each coming in for $30. While the bulk of these are re-packs from previous releases, it’s nice to see some of them bundled and given some swankier packages.

These are set to launch this Fall. The Resistance and Rebel Alliance packs are Amazon exclusives, while The First Order and Galactic Empire sets are Best Buy exclusives. The rest will be available at most major retailers.

For fans of The Vintage Collection, you’ve got a few things to look forward to this Fall. Hondo, from The Clone Wars, is getting a release, along with a new, Rogue One themed, Darth Vader. Speaking of Rogue One, there’s a new Tantive IV hallway playset! This playset includes a new Rebel soldier figure and is able to connect with other hallway playsets so you can recreate the iconic final scene of Rogue One.

The offerings for Black Series collectors was a little slim this morning, but considering the sheer amount of reveals/figures we’ve already gotten this year, my wallet isn’t complaining. The next addition to GameStop’s Gaming Greats line is a Purge Trooper from Jedi: Fallen Order. This is different from the one previously released as a pre-order bundle when the game launched last year.

Walgreens is back in the exclusive business with a new variant of Clone Trooper from Attack of the Clones. Both of these figures will launch in the Fall.

For fans looking for something a little more high-end, Emperor Palpatine’s Lightsaber (from Revenge of the Sith) is coming to the Force FX Elite line!

Press buttons on the hilt to activate movie-inspired sound effects, progressive ignition, battle clash effect, wall-cutting effect, and lightning effect. Proudly display this Lightsaber on the included stand, with or without the removeable blade.

Like everything else, this will be available in the Fall. If you’re looking to get a headstart on these, you’re in luck. Pre-orders for all the things revealed today will go live (at various retailers) at 4PM ET.

Which of these are you looking forward to picking up?