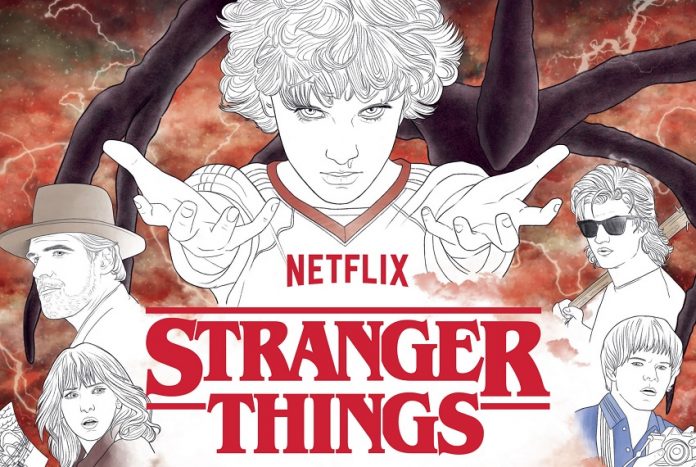 This summer, things are about to get a whole lot stranger as the fine folks at Penguin Random House will release a slew of new reading materials based on the popular Netflix original series Stranger Things.

Yes, Penguin Random House will continue its Stranger Things publishing program this summer with several new officially licensed titles based on the Netflix series. This news comes shortly after Netflix’s announcement that Stranger Things season 4 will release in two volumes on May 27, 2022,and July 1, 2022.

For teen readers comes LUCAS ON THE LINE by New York Times bestselling author Suyi Davies, publishing on July 26, 2022,from Random House Books for Young Readers, an imprint of Random House Children’s Books. The thrilling adventures of Stranger Things continue where season three left off, with fan favorite Lucas Sinclair finally telling his own story in his own words. Lucas has been in the fight against the evil forces in his town since the beginning, but he is tired of feeling like an outsider. When the start of high school presents Lucas with options beyond D&D and being bullied, he wonders if he can be more than invisible. After connecting with one of the few other Black teens at school, Lucas learns more about himself apart from his friend group and begins to understand himself as a Black teen in Hawkins, which feels unlike anything—in this world or any other—he’s ever experienced.

Penguin Random House’s ongoing licensing partnership with Netflix will include two additional books from Random House Children’s Books: HAWKINS HORRORS: A COLLECTION OF TERRIFYING TALES brings together seven chilling stories about the infamous Indiana town as told by Dustin, Robin, Erica, and their friends (on sale May 3, 2022), and STRANGER THINGS: WE CAN COUNT ON ELEVEN, a new Little Golden Book, uses Funko Pop! versions of beloved Stranger Things characters to teach how to count to eleven (on sale July 5, 2022).

From Mad Libs, an imprint of Penguin Young Readers, comes STRANGER THINGS MAD LIBS, featuring 21fill-in-the-blank stories starring the whole Hawkins gang in “The World’s Greatest Word Game,” which has been entertaining (and secretly educating) readers for more than sixty years (on sale May 3, 2022).

Additionally, Ten Speed Press, an imprint of the Random House Publishing Group, will publish STRANGER THINGS: THE OFFICIAL COLORING BOOK, the first-ever official Netflix coloring book(on sale June 28, 2022). Featuring 76 original illustrations that go from Hawkins to the Upside Down, this is the perfect way for fans of all ages to relive the greatest moments from this hugely popular show.

All these books are available for pre-order wherever books are sold, click HERE for more information! 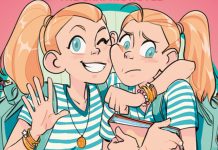