ROCCAT is about to allow the PC Master Race to up their mouse game with three new mice from their Kain series. Check out the specs for all three, below.

When you’re in the heat of battle, facing stiff competition, sometimes the deciding factor is the speed in which you can click your mouse. ROCCAT‘s Kain series aims to help with that, as they prepare to roll out three new models of their sleek PC Gaming Mice. The Kain 100 AIMO, the Kain 120 AIMO, and the Kain 200 AIMO.

The Kain 120 AIMO features a unique hybrid performance coating which is durable, dirt resistant, grippy and feels great to touch. The variant also hosts the updated Owl-Eye sensor offering up to 16K DPIs.

The wireless Kain 200 AIMO will offer PC gamers the cable-free version of its newest technology that was born from the vision of creating the best “click” and aimed to deliver maximum precision performance, the Kain series mice feature ROCCAT’s innovative Titan Click mechanism making it one of the fastest and most responsive series of PC gaming mice available. Additionally, the Kain series delivers an exceptional shape, weight, and feel for the perfect grip and ergonomics.

“Our all-new Kain series mice offer PC gamers ROCCAT’s core values of precision and performance, wrapped in an elegant shell that feels great right from the first touch,” said René Korte, General Manager of PC Products at Turtle Beach. “And when used with our other AIMO-enabled products, it creates the perfect PC gaming desktop ecosystem with a unique lighting experience.”

All three ROCCAT Kain PC Gaming mice will be available this Friday in Europe and Asia, with U.S. orders releasing in October. The Kain 100 will run for $49.99, the Kain 120 will sell at $69.99, and the wireless Kain 200 AIMO has an actual retail price of $99.99. Pre-orders for each can be made by selecting the product name above. 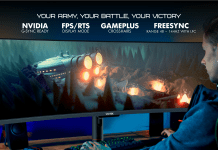 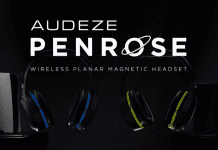 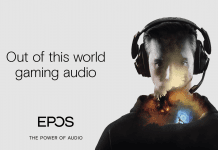 SteveDunk - 08/10/2020
0
It's good news for Programs as Justin Kroll over at Deadline is reporting that Garth Davis, director of "Lion", will helm Disney's new "Tron"...