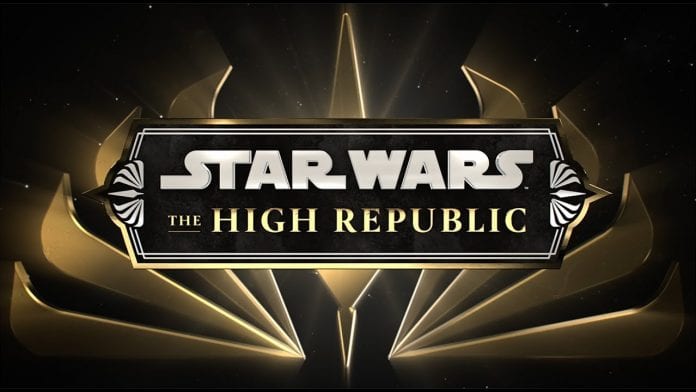 Project Luminous is something I’ve been looking forward to learning more about since they first started teasing it the other year. Billed as a major publishing story, that would bring together multiple authors and formats, it’s the kind of storytelling endeavor I’ve been wanting to see for a long time in Star Wars.

Don’t get me wrong, I’ve generally loved the various books and comics we’ve gotten in Star Wars since the Canon relaunch, but this felt like it was on another level. Last night, during a press event, we finally got a glimpse of what’s coming (and when)!

The project takes place during the High Republic era, which has been mentioned a couple times in recent comics and the Count Dooku audio story. The High Republic is set 200 years before The Phantom Menace, setting it in a time of relative peace, where fans can see Jedi in they way they once were, before their corruption ultimately led to the rise of Darth Sidious:

“Star Wars: The High Republic features the Jedi as we’ve always wanted to see them — as true guardians of peace and justice. This is a hopeful, optimistic time, when the Jedi and the Galactic Republic are at their height. But of course, into this glorious new era something wicked this way comes,” says Lucasfilm publishing creative director Michael Siglain. “This initiative will give readers young and old a new corner of the galaxy to explore through rich, meaningful stories. Plus, readers will learn what scares the Jedi.”

This gives Star Wars fans (and creators) an entirely new era to enjoy, completely free from the events of the movie, leaving things wide open in terms of where the stories can go. The villains this time around are the Nihil (pronounced like Nile), and were created with the idea of “What would scare the Jedi.” From the sounds of it, they are behind some massive disaster that will shape the basics of the overarching story that will comprise adult novels, young adult books, and ongoing comic series.

The whole thing will kick off this August (in conjunction with Star Wars Celebration Anaheim), with the first book coming from Del Rey:

Two hundred years before the events of Star Wars: The Phantom Menace, in the era of the glorious High Republic, the noble and wise Jedi Knights must face a frightening threat to themselves, the galaxy, and the Force itself. . .  .

Padawan Reath Silas is being sent from the cosmopolitan galactic capital of Coruscant to the undeveloped frontier—and he couldn’t be less happy about it. He’d rather stay at the Jedi Temple, studying the archives. But when the ship he’s traveling on is knocked out of hyperspace in a galactic-wide disaster, Reath finds himself at the center of the action. The Jedi and their traveling companions find refuge on what appears to be an abandoned space station. But then strange things start happening, leading the Jedi to investigate the truth behind the mysterious station, a truth that could end in tragedy….

Star Wars: The High Republic: A Test of Courage by Justina Ireland (September 8, 2020)

When a transport ship is abruptly kicked out of hyperspace as part of a galaxy-wide disaster, newly-minted teen Jedi Vernestra Rwoh, a young Padawan, an audacious tech-kid, and the son of an ambassador are stranded on a jungle moon where they must work together to survive both the dangerous terrain and a hidden danger lurking in the shadows….

There are also two comic series launching as well:

But this is just the first slate for The High Republic, with even more publishers (from Viz Media, to DK, and Abrams Books) announced to be apart of it. During the event, they made mention that this would comprise the first “Phase” of the overall project, so there’s plenty more stories to be told.

Personally, I’m super excited. I love the artwork they’ve shown, and the time period seems ripe for a wealth of excellent stories for years to come. Not to mention, even being set a few hundred years before the Skywalker Saga, there’s still the potential to see Yoda or Maz pop up in some capacity.

Which of these High Republic stories are you looking forward to most? The books are available for pre-order now, which you can find through the links provided above (disclaimer: they’re affiliate links).