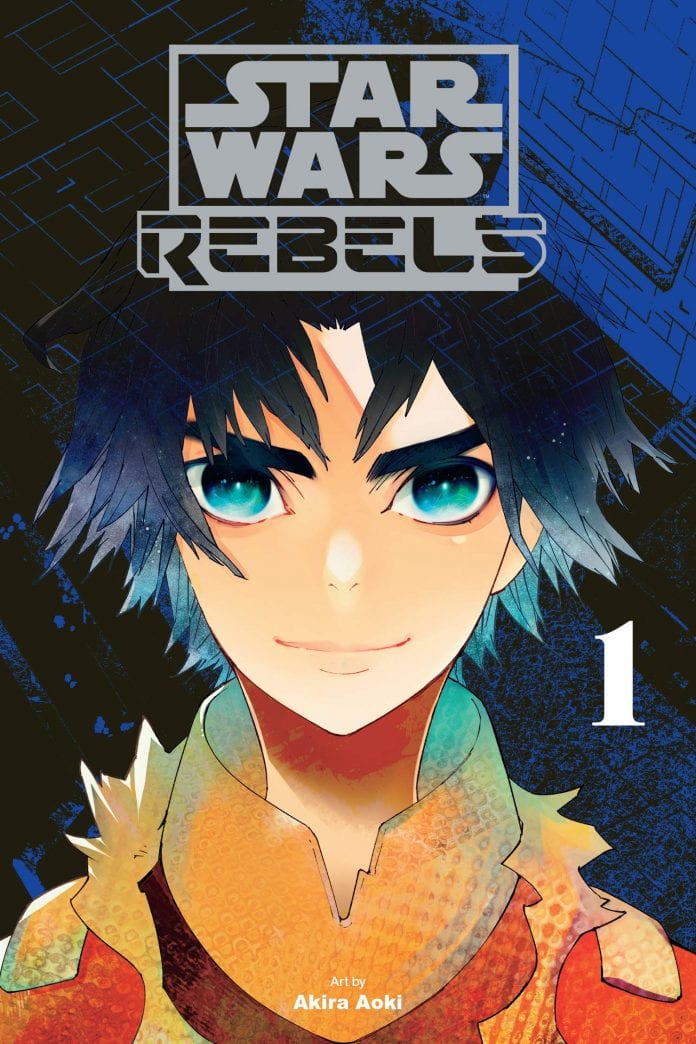 Fresh of their incredible manga adaptation of Claudia Gray’s Leia: Princess of Alderaan, Yen Press is back with another addition to their ever-growing library, Star Wars Rebels, Vol. 1.

Based on the hit animated series, Star Wars Rebels, Vol. 1 is a trade paperback compilation of the Star Wars Rebels web-comic, which adapts the events of the first season of the TV series. Originally released in Japan last December, this first volume tracks the hour long premiere Spark of the Rebellion, which make up the first two episodes of the series…

Ezra Bridger is an orphan on Lothal, an Outer Rim world. He interferes with the Ghost crew’s theft of blaster rifles from the Empire. Ezra is shanghaied by the crew while making their getaway. The rifles are sold to buy food and information. The food is given to the displaced people of Lothal, while the information leads the crew to a group of imprisoned Wookiees.

True to form, the artwork and layout from Akira Aoki is incredible and more or less tracks the episodes beat for beat. But of course it’s not identical, and Aoki picks and chooses his moments carefully, crafting wonderful new concepts of scenes we’ve seen many times, Kanan’s Jedi reveal for example.

We’ve all seen Star Wars Rebels, and if you’ve seen the web-comic then you know what to expect from this adaptation. But holding this in your hands with that great Ezra Bridger cover is more than worth the price and would certainly make a great addition to your Star Wars library.