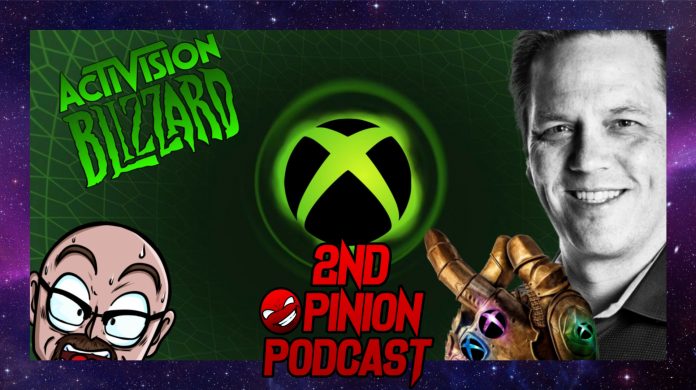 Welcome back to the regularly scheduled 2nd Opinion Podcast! We plan on setting up a lot of content for the future, including interviews, bringing back our Head2Head segment, as well as having our co-host rejoin the show! We hope you enjoy this episode of the podcast and please make sure to subscribe!

(1. SOLEB WILL TALK ABOUT COMPUTER DYING, NEW JOB, AND NEW CONTENT COMING TO THE CHANNEL

(2.WHAT HAVE WE BEEN GAMING?

(5. Microsoft Set to Acquire Activision Blizzard for Over $68 Billion

END SHOW TOPIC – SONY, ITS TIME TO STEP IT UP!

“Client”) as of 20 Jan 2022, regarding the use of the song Future Groove (feat. Floating Anarchy) created

by Peter Spacey (hereinafter: the “Song”) by the Client.

Artlist hereby grants the Client a non-exclusive, worldwide license to integrate and synchronize the Song into an