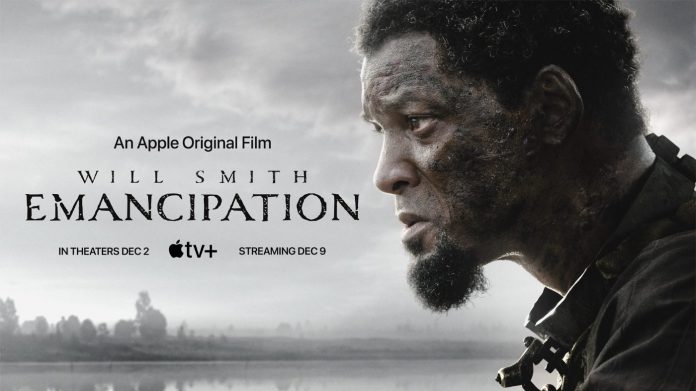 Apple TV+ has released a trailer for Will Smith’s upcoming film Emancipation.

Although there were rumors Emancipation would be delayed until 2023, it appears this is not the case, as the official trailer for the film was released earlier today and confirms the film will release to theaters on December 2, 2022 before premiering on Apple TV+ a week later.

Will Smith stars as Peter, a runaway slave searching for freedom in Louisiana. You can see the trailer for the film below:

Inspired by a true story, one man fights through unthinkable terrors in an attempt to reunite with his family. Will Smith stars in Emancipation, directed by Antoine Fuqua.

Given the controversy that surrounded Will Smith earlier this year, it will be interesting to see how Emancipation fares at the box office.

Will you be checking out Emancipation when it arrives next month?