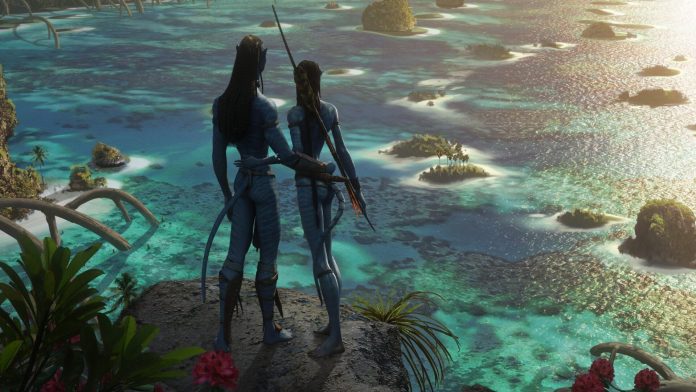 Disney closed out their CinemaCon 2022 panel with some Avatar goodness, (finally) revealing the title of the upcoming sequel, when to watch the trailer, and more!

I’m so very, very excited for Avatar 2. Well, I guess I should start saying Avatar: The Way of Water, as that’s the title revealed during CinemaCon just a little bit ago. Press in attendance had a chance to check out the first teaser for the movie, but don’t worry everyone else will be able to soon.

On top of the title reveal, Disney announced the first trailer will be attached to Doctor Strange in the Multiverse of Madness, which releases next week, May 6th. It will be exclusive to theaters at first, but will be made available online a week after. So even if you’re not able to watch the new Doctor Strange right away, you’ll still be able to enjoy the Avatar 2 trailer.

Set more than a decade after the events of the first film, “Avatar: The Way of Water” begins to tell the story of the Sully family (Jake, Neytiri, and their kids), the trouble that follows them, the lengths they go to keep each other safe, the battles they fight to stay alive, and the tragedies they endure.

On top of that, Disney revealed they are re-releasing the original Avatar in theaters on September 23rd to give audiences a chance to refresh their memory on the big screen.