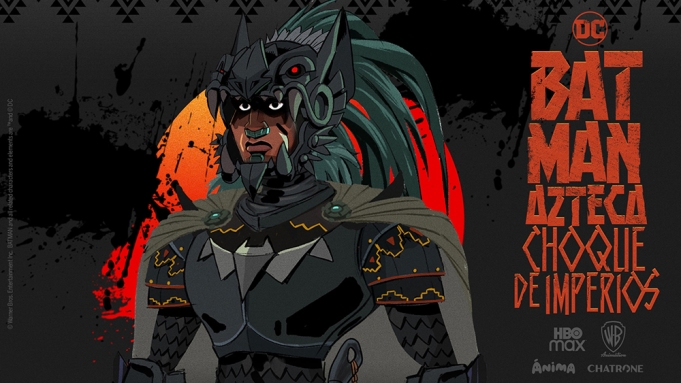 An all new original animated feature for HBO Max Latin America has been revealed, giving the Dark Knight a very fresh twist.

Well this seems pretty damn cool! Variety has revealed a new Batman animated film in collaboration with WB Animation, Particular Crowd, Mexico’s Anima, and Book of Life producer Chatrone. It will be a Batman story, but with an all new setting that sounds pretty interesting.

Batman Azteca: Choque de Imperios, which translates to Clash of Empires, is directed by Juan Meza-León (who’s done both Rick and Morty and Harley Quinn episodes), which pretty much means I’m board with it. The new take on the hero is described as:

The tale centers on a young Aztec boy, Yohualli Coatl, whose father, village leader Toltecatzin, is murdered by Spanish Conquistadors. Coatl flees to Tenochtitlan to warn King Moctezuma and his high priest, Yoka, of looming danger. Using the temple of Tzinacan, the bat god, as a lair, Yohualli trains with his mentor and assistant, Acatzin, developing equipment and weaponry to confront the Spaniard invasion, protect Moctezuma’s temple, and avenge his father’s death.

The film is being developed for HBO Max Latin America, but I’m crossing my fingers we’ll get a release on regular HBO Max as well. I love the idea of seeing this legend through the perspective of other cultures (especially being handled by those cultures) and hope there’s more to come like this down the road.