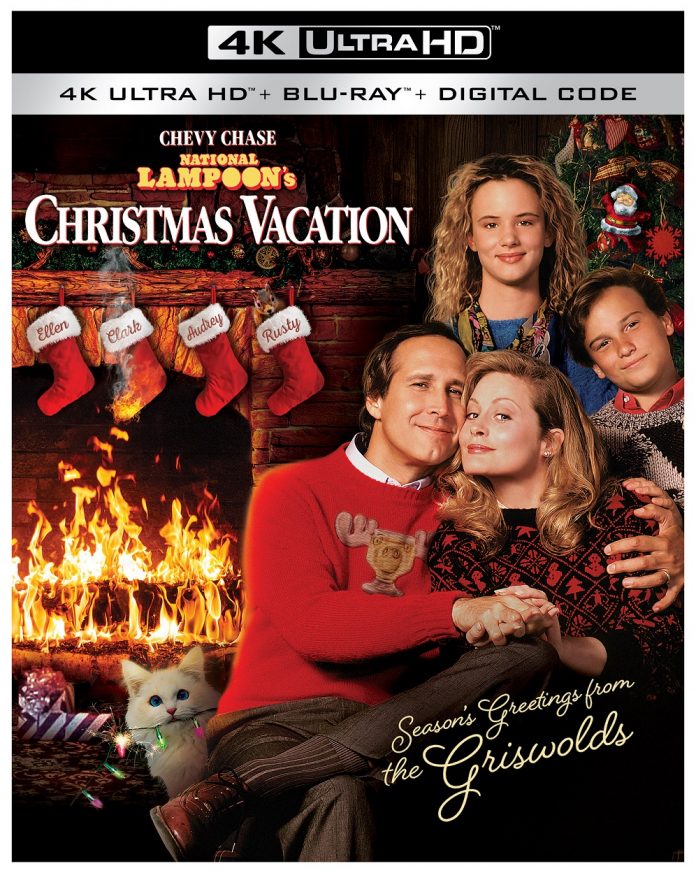 It’s time to get in the holiday spirit as Warner Bros. has launched four iconic holiday films in 4K for the first time, including Christmas Vacation and Elf!

Movies are an excellent way to get into the Christmas mood, and there’s no shortage of classics to do so. To help you out, Warner Bros. has launched (yes, TODAY) four holiday-themed films on 4K Ultra HD for the first time. Including National Lampoon’s Christmas Vacation, Elf, The Polar Express, and A Christmas Story, these not only make for great watching in 4K, but can make for some nifty stocking stuffers as well!

National Lampoon’s Christmas Vacation
As the holidays approach, Clark Griswold (Chevy Chase) wants to have a perfect family Christmas, so he pesters his wife, Ellen (Beverly D’Angelo), and children, as he tries to make sure everything is in line, including the tree and house decorations. However, things go awry quickly. His hick cousin, Eddie (Randy Quaid), and his family show up unplanned and start living in their camper on the Griswold property. Even worse, Clark’s employers renege on the holiday bonus he needs.

A Christmas Story
Set in a 1940s-era Midwestern town and told from the viewpoints of a seven-year-old boy, who only wants one thing for Christmas — a Red Ryder BB gun — the episodic tale chronicles not only his schemes to convince his mother and father to buy him one, but also offers a warmly nostalgic look into 1940s middle-class American life. From the stories of, and narrated by, Jean Shepherd.

Elf
This hilarious Christmas film tells the tale of a young orphan child who mistakenly crawls into Santa’s bag of gifts on Christmas Eve and is transported back to the North Pole and raised as an elf. Years later Buddy learns he is not really an elf and goes on a journey to New York City to find his true identity.

The Polar Express
When a doubting young boy takes an extraordinary train ride to the North Pole, he embarks on a journey of self-discovery that shows him that the wonder of life never fades for those who believe.

All of these films are available in 4K and on digital starting today, November 1st.