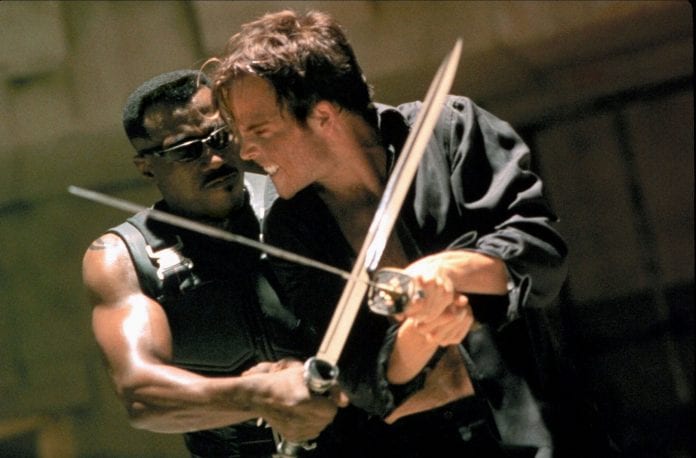 Just in time for the holidays, Blade is coming to 4K Ultra HD for the very first time, bringing Marvel’s iconic vampire hunter to the latest format.

Though it seems a bit strange they wouldn’t try and release this in time for some Halloween viewing—it features plenty of horror elements after all—I’m still very excited to see Blade (the original Wesley Snipes one) is getting a spiffy new 4K UHD release.

The film will drop in the 4K format both digitally and on physical disc on December 1st. The perfect stocking stuffer for movie nerds on your list: Wesley Snipes stars as Marvel’s iconic half-vampire, half-human vampire hunter, Blade. With all the strengths of a vampire, and none of their weaknesses, the Day Walker uses his incredible gifts to hunt his enemies in his search for the one that killed his mother and turned him into the monster he is. Blade’s fight leads him to Deacon Frost (Stephen Dorff), a rising force in the vampire world, set on raising a vampire God bent on destroying mankind.

Will you be picking up Blade in 4K UHD this December?