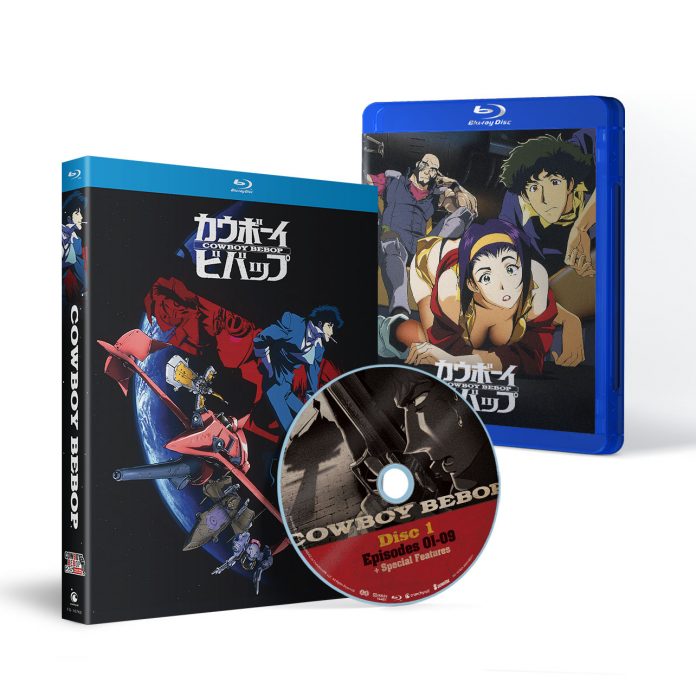 Cowboy Bebop turns 25 this April and to celebrate, Crunchyroll is launching a new limited edition blu-ray box set with all sorts of goodies for fans.

The iconic anime isn’t exactly new to the blu-ray format, but if you haven’t picked it up yet for some reason, or looking for an excuse, you’ll get the chance this April. To celebrate the show’s 25th anniversary (which debuted on April 3, 1998), Crunchyroll is launching a brand new blu-ray box set collecting the entire series together and a host of special features.

There are two versions which will launch on April 4, 2023: a standard box set and limited edition box set. Both include an all new retrospective video featurette, but the limited edition has some other swanky goodies for fans/collectors.

The Bebop crew is just trying to make a buck. This motley lot of intergalactic loners teams up to track down fugitives and turn them in for cold hard cash. Spike is a hero whose cool façade hides a dark and deadly past. The pilot Jet is a bruiser of a brute who can’t wait to collect the next bounty. Faye Valentine is a femme fatale prone to breaking hearts and separating fools from their money. Along for the ride are the brilliant, but weird, hacker Ed and a super-genius Welsh Corgi named Ein.

5 art cards of the galaxy’s finest crew. Swap one with the cover for a slick custom look

Dinner Aboard the Bebop