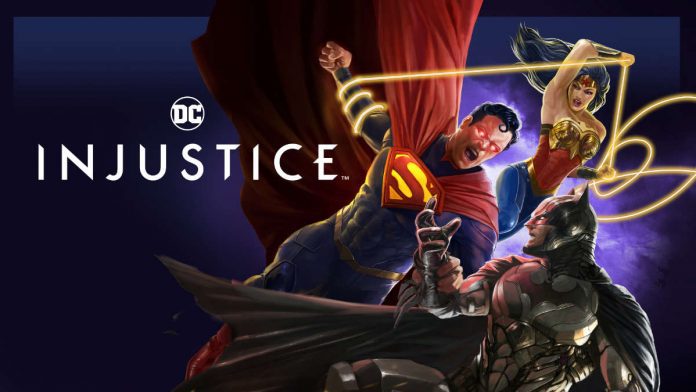 The moment is finally here, Injustice, the animated adaptation of the critically acclaimed video games has just gotten its first official trailer and it promises to be as gritty and spectacular as its source material.

Injustice kicked off back in 2013 with the studio behind Mortal Kombat, NetherRealm, releasing the first game Injustice: Gods Among Us, and despite the gameplay revolving around just beating superheroes and villains to hell, the story was an ambitious and creative take on the DC Universe.

With imaginations captured and the success of the game inevitable, 2013 began the 3-year run of a comic series written by Tom Taylor, that covered the 5 years alluded to in the game between its opening scene and the majority of the story.

Then 2017 brought the release of Injustice 2, a visually spectacular upgrade and a grand follow-up. Also accompanied by a comic that again covered an uncovered time gap and expanded the world further.

Now in 2021, the Injustice world is getting its latest treatment in another DC animated movie that promises a faithful adaptation that game and comic fans alike will enjoy.

This latest trailer predominantly circles around the initial tragedy of the Injustice universe, the one that sends Superman down a spiral of madness and tyranny and sends an unfixable split through the superhero community. Lois Lane’s death.

Now I won’t delve into the details for those who wish to go in blind, however, it should suffice to say, it’s bad and the effect it has on Superman is no surprise.

Generally, the trailer seems reluctant to delve into any major events other than that. The comic, which this looks heavily based on, has major events transpire very often with a handful of them no doubt unfolding in this film.

A wide shot of the Justice League watching a press conference from Superman does feature Batman, Damian Wayne Robin, Nightwing, Cyborg, Green Arrow, Plastic Man, Mr. Terrific, and Hawkman. Now almost all of these are major players in the comic, Green Arrow, Nightwing, and Robin especially in the first volume so expect so decent moments from them in the film.

Other than that, there isn’t an awful lot to delve into, the trailer caps off with Superman’s confrontation with The Joker, an iconic scene from comic and game that will no doubt have viewers on the edge of their seats.

For now, I eagerly await the film’s release and cross my fingers for the many sequels the franchise could facilitate.